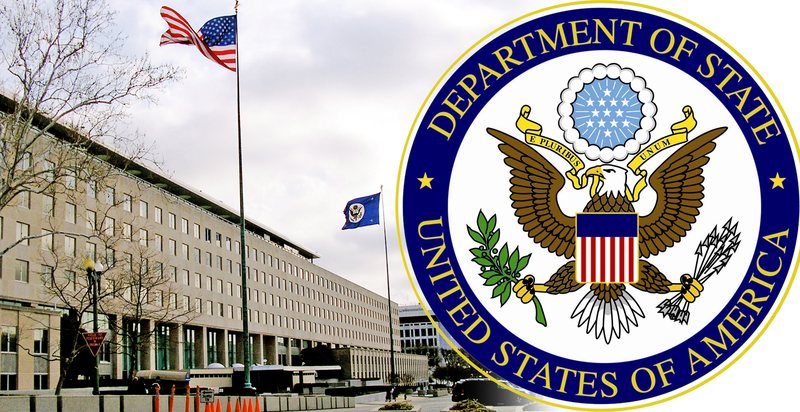 The United States is expected to expand the range of officials who can be declared "non grata". Currently section 7031 (c) of the budget law penalizes the corrupt and officials abuse human rights. Meanwhile, the approval of the US budget for 2022 is expected to bring an expansion of crimes that may lead to "non grata" declarations. According to a document drafted by the Committee on Budgetary Affairs in the US Congress, the Secretary of State has the right to declare "non grata" also officials related to drug trafficking and those who put pressure on the justice system. In making a determination regarding "corrupt officials" in accordance with Article 7031 (c) of this law, the Secretary of State shall consider the involvement of an individual in narcotics trafficking, campaign financing through narcotics trafficking, abuse of office and obstruction of legal proceedings, including those individuals listed in the “corrupt officials” report required under this section in Report Room 116–444. "The secretary must also make every effort to make public and submit the application of Article 7031 (c) for visa restrictions as a strong anti-corruption message." On the other hand, it is known that there may be a limitation of funds for countries that have many officials declared "non grata". "Funds will be made available only to central government entities that have demonstrated an effective partnership with the United States Government: No credible allegations of corruption,

"Non grata" advertisements in our country

Recall that on February 15, 2018, the former Chief Prosecutor of Albania, Adriatik Llalla, was officially barred from entering the United States following an announcement made public by former US Secretary of State Rex Tillerson. Llalla was accused by America of corruption and gross human rights violations. Defining him and his family as "non grata" was the first important US decision after the start of justice reform in Albania. This decision was followed by another announcement "non grata" by DASH on April 16, 2018 of former MP Tom Doshi with the same accusations, for corrupt affairs. Later, another name from the ranks of the Socialist Party was added to the black list of "non grata". On July 30, 2019, the former mayor of Durrës, Vangjush Dako together with his family were designated "non grata" by DASH. At the time, the Secretary of State stated that Dako was involved in major corruption cases. And finally, on May 19, 2021, the DASH declared former Prime Minister Sali Berisha "non grata", an issue that brought a lot of controversy and reactions. DASH in its decision stated that Berisha had undermined democracy and was enriched together with his allies at the expense of the citizens.

December 8, Fatabardh Kadilli charges Basha and Berisha: This is a moment of reflection

Edith Harxhi positioned next to Berisha: December 8 is a significant day for the former Prime Minister

"Is he corrupt?" / The PD deputy does not restrain himself, he explodes badly towards Berisha: He is undermining democracy!

"Our vision was not to love the Albanians in Europe", Bislim Ahmetaj: I will tell you one of the main reasons why democracy was not functional in our country

"He has reached the zero point", Arian Çani reveals the movement that is being prepared by President Ilir Meta

"I am afraid that with all this tension I will ...", Roland Qafoku makes the unexpected prediction for Lulzim Basha

Senior official's visit to Albania, Belind Këlliçi explodes: There is no greater shame

"We are all equal before the law", Lulzim Basha publishes the video and gives the strong message: Courage overcame fear and ...

Tritan Shehu reveals who will pay 8 thousand euros rent for December 11 in Air Albania: Basha has lost the chance to convene the Assembly

"We also saw him at the rally, how his voice rose" / Who do you support Basha or Berisha? Zef Bushati reacts for the first time to the clashes within the DP

The senior American official is coming to Tirana tomorrow, Nazarko warns of important developments: The visit is related to the 2 Assemblies!

Basha or Berisha? Myslim Murrizi says openly: That is why I was in the activity of the former prime minister today