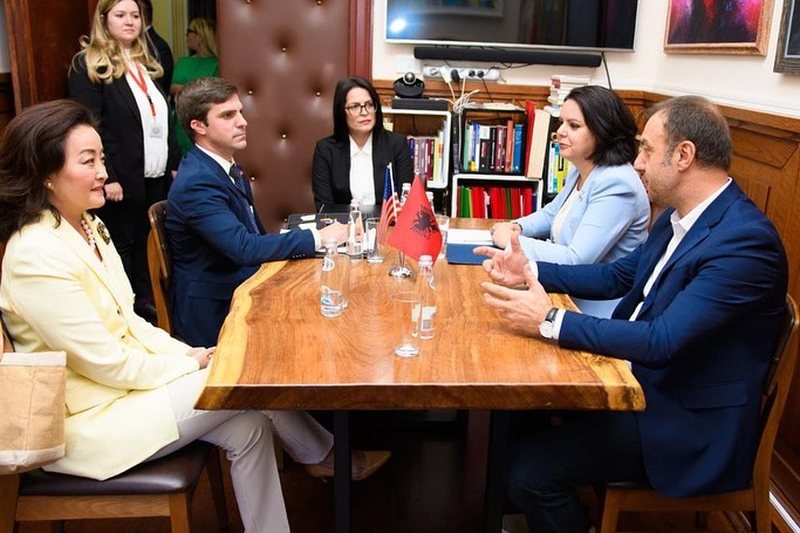 The American ambassador in Tirana, Yuri Kim, has revealed details of the meeting with the heads of the Economy and Finance Commission, Eduart Shalsi and Sorina Koti.

Through a post on Twitter, Kim states that the justice reform plays a key role in attracting American investors to Albania.

Furthermore, she emphasizes that foreign businessmen and mainly American ones need to be convinced that they will receive the deserved justice from the courts in Albania, in any case.

"Thanks to the head of the Economy and Finance Committee, Eduart Shalsi and MP Sorina Koti, I had the opportunity to hear about the committee's priority and the discussions on how to increase investments in Albania. Clearly, rational rules (including in property), transparent procedures, clean trials are needed to attract more benefits to people. Investors need to know that in any case, the courts in Albania will make a judgment based on the laws, not on the basis of fear or favors.

This is the connection between justice reform and business. Reform in justice is not only for justice, it is also for the prosperity of many Albanians. It is for everyone, not just the rich and powerful, to have a fair chance to improve the lives and future of their children," Ambassador Kim writes on Twitter.