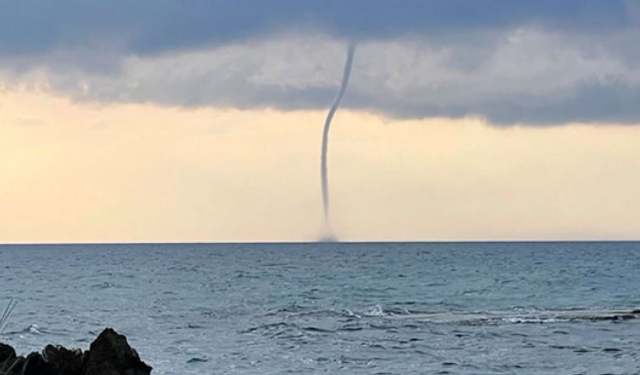 The weather will worsen from Monday evening, as a bad weather storm named "Bogdan" affecting Italy will move towards the southern region. 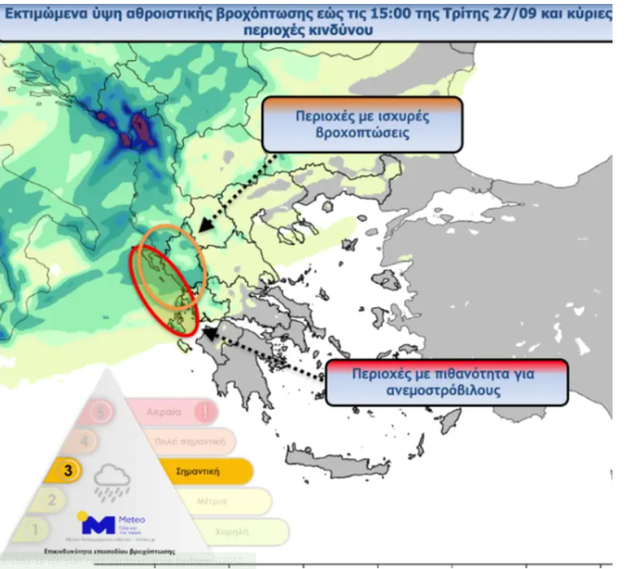 The map below shows the cumulative rainfall expected Monday 9/26 through midday Tuesday 9/27 and summarizes the main high risk areas.

Local effects in Ionia, Epirus and the Western Continent will be strong and are expected to be accompanied by high rainfall.

The expected rainfall episode is Category 3 according to the Regional Rainfall Index (RPI). It is worth noting that in the morning hours of Tuesday 27/09 during the appearance of storms in parts of the Ionian Sea as well as in the coastal parts of the south of the country there is a possibility of a tornado.

Should you skip breakfast if your blood sugar is high? Here

"Syndrome of the small man"/ The study is published: This is why short men are more arrogant and irritable

Holiday aroma! Experts reveal, this is how you should take care of the Christmas flower

You all have a favorite! Christmas panettone, recipe how to cook it at home

ATTENTION, here are the signs that you are overdoing your coffee consumption

The European Union announces another 'bombing' for Russia: We will make it pay for its cruelty

Addiction that 'kills' you slowly, what are the positive effects of quitting smoking

Did you know? Your genes determine the amount of alcohol your body can hold

The latest study solves the dilemma/ Is it harmful to eat pasta at dinner? Experts deliver the news

Albanians cannot live without them! What happens to the body if we don't eat yogurt, cheese and milk

Do you want to lose weight? Here is the "miracle" prune diet that will help you

What are the 4 most common symptoms of diabetes?