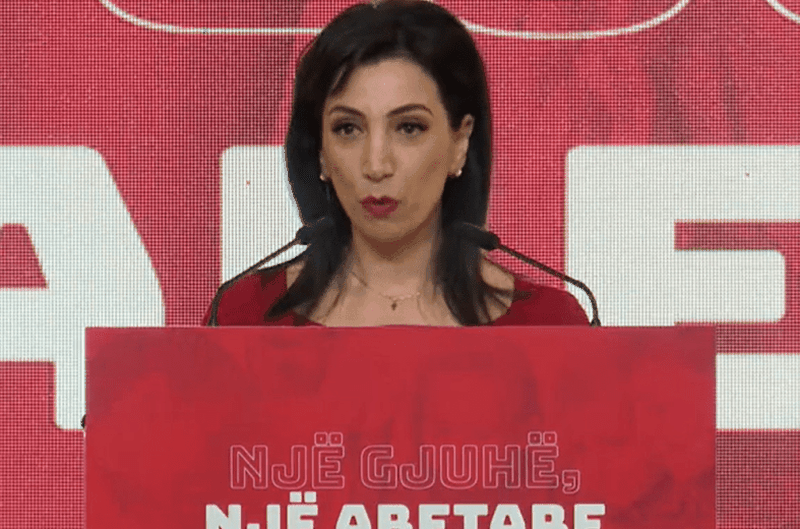 "One Language, One Primer", was this event where the Speaker of the Assembly Lindita Nikolla and the Minister of Education Evis Kushi participated, where the works officially started today on the Independence Day, for a 'Unique Primer'.

During her speech, Kushi said that starting from the school year 2022-2023, the text of the primer will be one for all Albanian students in Kosovo and Albania.

The Minister further added that on the 110th anniversary of independence, Albanian children will have a unified language.

"We think that in the new conditions in which we are, a new primer will definitely be an added value and will give a more important contribution to the new generations. We have a new and historical social context. We have new modern methodologies and advanced technologies. All this should be reflected in the content and form of the new primer.

I am convinced that the decision we took at the Council of Ministers to have a unique primer, is the right and right decision, to have everyone an equal start and definitely an equal approach.

I am confident that the work on the new primer has a very good basis and I am sure that our authors, our Methodists have the right commitment to compete with dignified primers. I am happy that the initiative of the Prime Minister, not only has found wide support in Albania, but I am happy that the celebration he addressed to the government of Kosovo, also found approval. My counterpart in Kosovo and I have agreed to start working quickly for a joint commission that will deal with all procedures.

I repeat that we have a good experience in cooperation with Kosovo. Next year, we will give the little ones a new, unified primer for all students. And where is more beautiful, a nation, a language, a primer ", said Kushi.

Whereas, the Speaker of the Assembly Lindita Nikolla, proposed that November 22, the Day of the Alphabet of the Albanian Language, be declared a National holiday.

"I have taken the initiative for November 22, the National Alphabet Day, to be declared a National Holiday", said Nikolla.

Gledis Nano reports on the demolition of apartments on "5 Maji": Police have reacted in proportion to the reaction of citizens