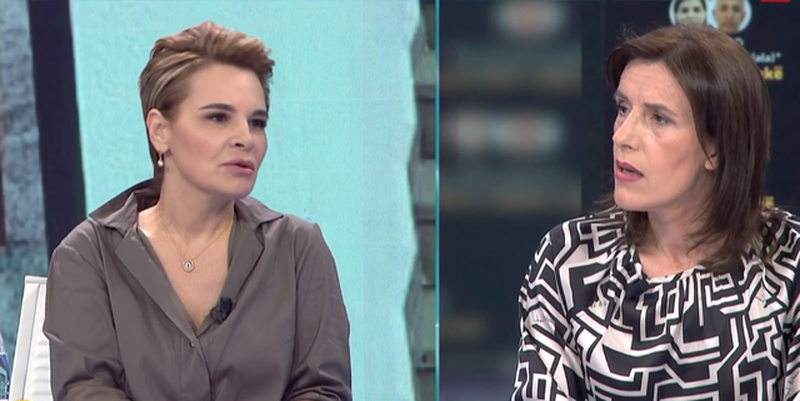 A debate started this evening in the studio of the show "Open", between the chairperson of LSI and journalist Klodiana Lala.

Klodiana Lala: Do you feel complicit?

Monika Kryemadhi: I can continue

Klodiana Lala: I want to clarify this because I am the first who dared to speak.

Monika Kryemadhi: Thank you for the noble work. The incinerators started in 2014, it is an initiative of Lefter Koka with Prime Minister Edi Rama. By far, this is why LSI is where it is. But in the recourse of the Supreme Court, the court did not accuse Kryemadhi and LSI, but the Albanian government and some ministers. Only the name was not mentioned to Úngjëll Agac. As a politician, I take my responsibility that I should hold ministers more accountable. I'm the only one who questioned Mr. Koka, even though he was left with a headache.