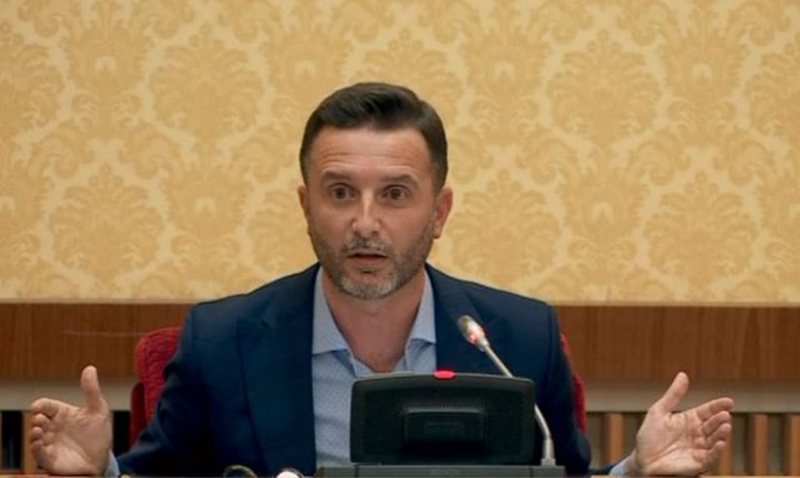 Deputy Prime Minister Erion Braçe responded to Ardian Hoxha, the son of the businessman who disappeared 25 years ago, Remzi Hoxha, where in the show "Repolitix" it was stated that Brace used his father's name to throw stones at Berisha in parliament to get votes and did nothing to find his body.

Ardian Hoxha, I have never seen Remzi Hoxha as a "stone with the knees"!

I respected him as a freedom fighter! I did it as a journalist-the first in ZP, as an MP!

So, I do not "throw stones", I tell the truth about the crimes!

Berisha has as many crimes as he has full stones in every corner of Albania. I read it at noon and just heard it;

I wrote and spoke about the abduction of Remzi Hoxha that my colleague Frano Caka, Ziso Kristopulli, your two uncles, your mother and you asked for me much later!

"I heard the truth and I told the truth", writes Brace.

US Ambassador issues ultimatum to parties: Constitutional Court to be operational by December 31st!

'We will not leave a stone unturned', Prime Minister Rama leaves for the USA and gives the big news to the citizens

"Hello: Kreshnik, what is the statement you made to Arian Çani? You should not leave ... ”/ Spahiu shares the sad news of the loss of a dear man: When you wake up from the phone call, that a friend died at midnight….

When will the anti-COVID vaccine come to Albania? The Deputy Minister of Health reacts, shows which categories the first will receive

Former socialist minister lost his life from COVID, Berisha message of condolence for Marko Bellon: He was a reasonable voice and opponent of ...

The agreement between Albania and Kosovo is signed, Minister Gent Cakaj gives the good news what happened

Porodini and Rustem Peçi: Sali Berisha is a neo-fascist and a sucker of collaborationists, that is why this servant of the ballistas cannot tarnish the partisan war

April 25 elections, CEC: Immigrants will vote by mail, here's how to proceed