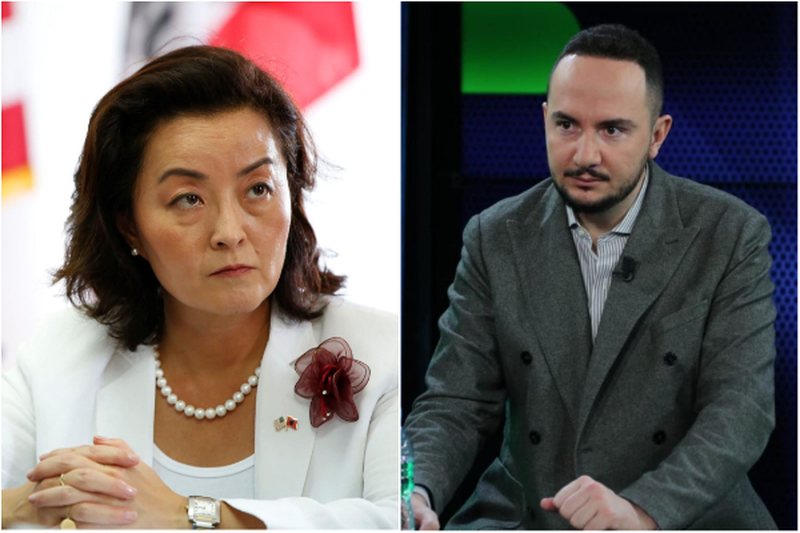 The deputy of the Democratic Party, Ervin Salianji, has reacted to the announcement given by the Foreign Ministry of Albania about the start of the procedures for the replacement of Ambassador Yuri Kim.

According to the democratic deputy, such an announcement is shameful, as he adds that Prime Minister Edi Rama seeks to create the perception that he is in charge of appointing and dismissing ambassadors.

In an interview for the show "Task Force", Salianji said that the government gives signals to everyone that they are the ones who decide who will be ambassador in our country.

Salianji: You understand what a shame the MFA announcement is! Edi Rama seeks to create the perception that he has a role in the appointment and dismissal of American ambassadors! I think that the announcement is the government's response to the ambassador's public statements about the non-coverage of the uncaught parts of the justice system, or SPAK! With this announcement, the government gives signals to everyone not to get off the grid, look, the ambassador is gone, Rama is here.

It is Rama's attempt to create the idea of ??a complete regime, that everything depends on him!

And it gives the next message as if these idiots who do this determine who will be the American ambassador to Albania. You see the logic right?

Berisha asks for the loyalty of the citizens of Vora: Swear that you will stand up and overthrow Edi Rama

"January 21", Sandër Lleshaj: SPAK should not investigate the 'soldier', but the one who gave the order, SP's lawsuit useless as it is damaging the essence of the case

The battle for the PD logo in the CEC, the legal representative of "Foltor" calls on the CEC: To follow the model for the registration of Democratic Obedience