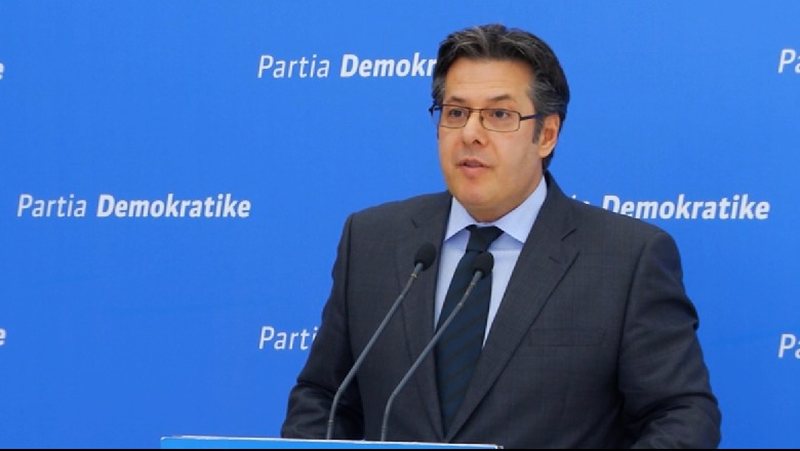 The President of the National Council spoke about the situation created within the DP, which is on the verge of holding two National Assemblies, on December 11 convened by delegates and on December 18 convened by the party leadership.

Paloka said on the show "Opinion" that the delegates who signed the form after the call of former Prime Minister Sali Berisha are against Basha, while implying that on December 11 it will be possible to vote for the dismissal of Basha from the leadership of the DP.

The Democratic MP described as paradoxical the assembly convened on December 18 and that Basha has taken decisions that have damaged the party.

"The statute does not define any procedure and in these conditions the representatives of the signatories asked me to take over this. "I am clearly positioned next to Berisha, but I have not been an active party in the rostrum, nor in the collection of signatures and its organization."

Have you talked to Basha?

Absolutely yes! The reason why I positioned myself with Berisha from the beginning on this issue is that I had a clear position with Basha and initially he agreed with me. Ever since he was declared non grata, I told Basha in his office that this is not an act against Berisha but a political act in support of Rama. This was my conversation with Basha and we agreed that this act is against PD.

Will the Assembly convene on December 11?

It is no longer discussed that it will be executed and we have the obligation to implement the will of the delegates. I want to reiterate that there is no article in the statute to define how to proceed with the verification of signatures. They are against Basha.

Could there be an Assembly on December 18th?

It is a paradox. When are the majority on December 11 to dismiss Basha.

Yes of course there is.