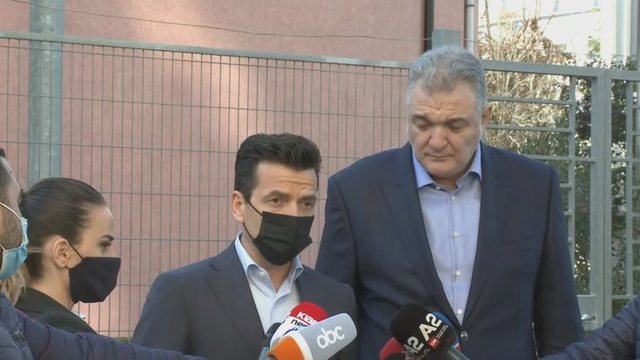 The Democratic Party has filed a new lawsuit with the Special Prosecutor's Office against Organized Crime and Corruption over the new 100m-euro fuel concession.

In his speech, the former PD MP, Agon Shehaj accused the Prime Minister Edi Rama of a "dirty shopping" that will increase the price of fuel for citizens.

Today, we submitted to the Special Anti-Corruption Prosecutor's Office one of the most corrupt decisions of the Rama government before leaving. In the last days of power, Edi Rama has decided to give a secret concession in the field of fuel, which will cost Albanians 100 million euros.

Without any study, without transparency, everything in the dark and in a hurry, the government has predetermined three of its clients to track financial transactions in the field of hydrocarbons.

This decision, in the election campaign, violates the rules of elections, closes the market in three hands and, above all, puts its hands in the pockets of citizens, making fuel even more expensive.

The bargain that Edi Rama made with his 3 clients shortly before leaving the government should be investigated by SPAK. There is no doubt that this is a serious corruption affair, which, if properly investigated, will bring justice to Edi Rama.

Rama is making dirty and corrupt deals that will increase fuel prices in Albania, so that Rama's friends make millions at our expense.

No one else, except Edi Rama, has the power to decide on the award of 100 million euros in only 3 hands, which, may result in a single hand.

This dirty decision of Edi Rama, which punishes Albanians with a new theft and the increase in the price of fuel will not be recognized by the Democratic Party.

It is the decision of a prime minister in panic from losing power. Edi Rama is in a panic, because he understands that his end has begun.

Edi Rama's time is over! It's time for a change! It is the responsibility of the Democratic Party to the citizens that with our concrete plan to bring change in all areas where Edi Rama has failed: in economy, health, education, immigration, infrastructure.

We will bring change and hope for Albania!