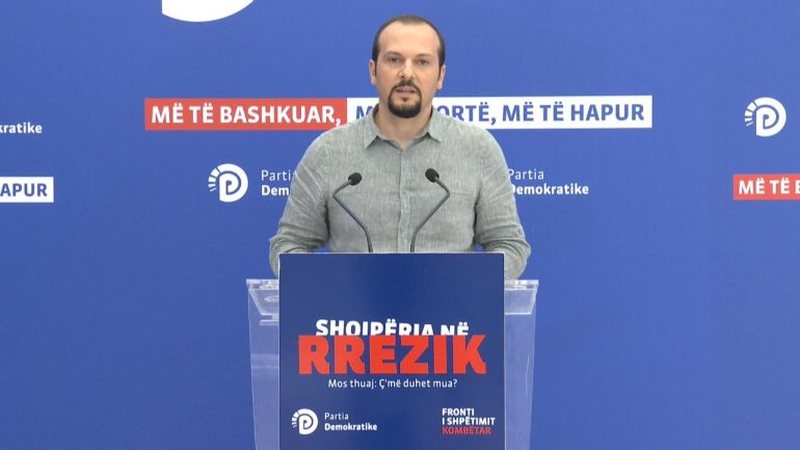 The member of the National Council of DP, Akil Kraja, in a conference from the blue headquarters, has accused Prime Minister Edi Rama that instead of Bledi Çuçi, he removed from office the deputy. Minister of Tourism and Environment Ornela Çuci. For the tragedy of the death of the 7-year-old girl in Himare.

"Edi Rama, from the pie-pot of power, today offered Albanians the head of the wrong Chuchi.

Instead of Bledi Çuçi, he gave the head of Ornela Çuçi, Deputy Minister of Tourism, to the citizen protests, which demand the removal of the Minister of the Interior.

Mr. Rama advertises the women of his government, he says that he has them in large numbers, that only they do the work, while the men play in the shadow of the incinerators, but when it comes to power, he shares it with the 'tigers'.

He did this with the Deputy Minister of Tourism, who was used as a scapegoat for the Himara tragedy where 7-year-old Jonada Avdia was killed.

This is political feminicide, intended as a discharge valve, and no apology or acceptance of responsibility for the fact that a Police officer, in violation of the law and the code of civil ethics, took the life of a family who had come from Britain. for holidays at home.

But, this is how things will go in our Albania, when ministers and deputies are nothing more than cones in the lap of the omnipotent. Just like Çuçi, the famous cone of Lasgush Poradec was used by the poet for walks, so our ministers are not officials of the state, but whims in the drawer of the prime minister's whims.

We condemn as unacceptable the attempt to sell the removal of a deputy minister as a reaction to citizen protests, and as an apology for Jonada's murder.

Edi Rama, this godfather of perverts, must hand over the head of Bledi Çuçi and Kumbaro from the sign of power.

The citizens did not demand the resignation of a surname, but of a function and responsibility.

We call on the protesters not to accept this government mockery, and to see Jonada's murder as the prime minister considers it through his acts: a sacrifice on the coast of Albania before his charter leaves for holidays in the resorts of Turkey". he declared.