Erion Brace gives the strong answer to the critics: A key that got tired early from work so much that now it makes sense ... 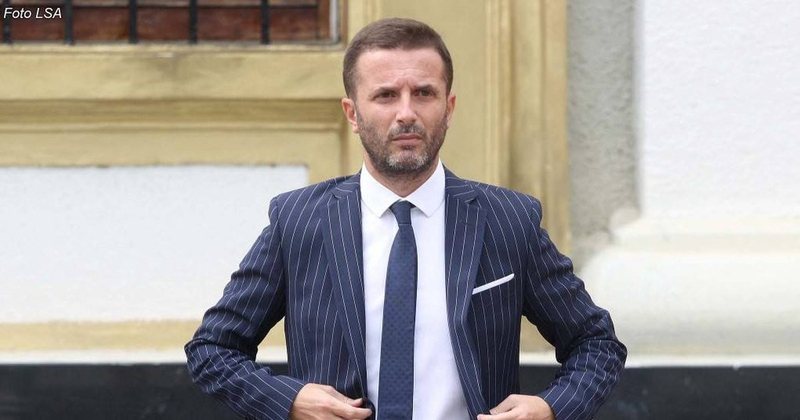 Deputy Prime Minister Erion Brace, two days after denouncing on social networks, the noise of concrete workers in front of his palace, has responded to critics who have considered it inappropriate that in his post he seeks to solve the problem by denouncing on Facebook.

Brace says that for them you are never a real person but just a chair and for them you should behave as such.

I listened to them all!

YOU ARE NEVER A TRUE PERSON,

The publication of some videos from "CONCRETE NIGHTS", made them talk,

The first are citizens,

normal people, with worries and anxieties like everyone else,

The second are four typologies,

An unfortunate one who, although with a good job abroad, lets ideology post even a letter about the craft;

Another misfortune that hysteria occupies the mind and pushes it from banal conception but not from the truth;

A cell that got tired early from work as much as it now gives guess but not cell;

One who is both stupid and lek and who every day turns the dirty lek of corruption into saliva to everyone shamelessly calls this a journalist;

They all become balls in a circle:

YOU CANNOT BE A MAN!

So to have a house in an ordinary palace, to eat, to drink, to sleep, to wake up from the light of day, from need, work or noise,

to be irritated by what is unjust to all because you are there for all, to act like them;

NO! YOU HAVE BEEN PROHIBITED TO BE A HUMAN, TRUE-they say.

FOR THEM, YOU CANNOT BE ONE BECAUSE YOU ARE A CHAIR!

That people are just them, no one else.

Even in the chair,

for you have the uncontrollable power over every institution, law and order, you are both a police officer, an inspector and a judge;

YOU ARE A STATE!

They do not accept in the world that you stay in your legal framework, the power within it.

But worst of all, you can't talk about the unjust,

the violent, the true hell;

That you are a chair, you are a state, you are friends with Erion Veline, etc.

First, I say what I think and what I believe, that I see the truth from the chair but where it is.

Second, that concrete work is not a matter of noise but of dignity;

Concrete violence is becoming a culture.

You can get a legal permit, just like that but also where it violates common rules,

but again it is not permission to violate the dignity of everyone among whom you entered "with permission"!

I repeat, like a chair, beyond its frame, it solves my problem quickly.

But the CULTURE OF THE CONCRETE STRENGTH, disappears loudly and publicly!