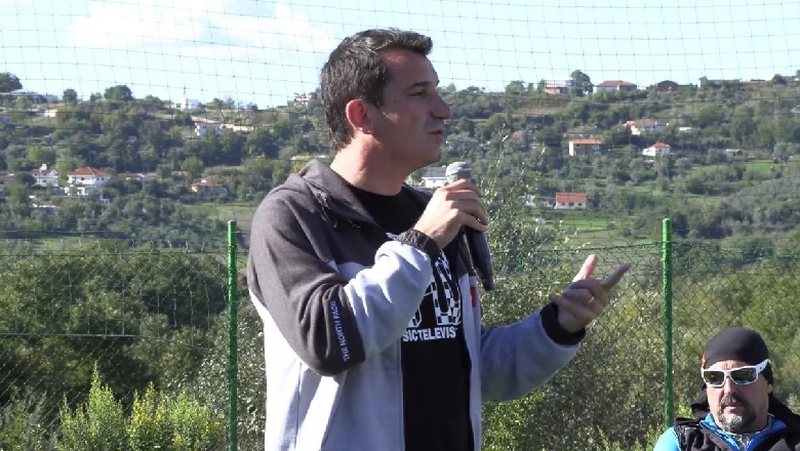 The Mayor of Tirana, Erion Veliaj, from the meeting of the Assembly of the Socialist Party in Baldushk, said that the leader of the largest opposition force Lulzim Basha today in the country enjoys 2 supervillas thanks to blackmail and threats against the same businessman, whose generosity has made today with the home of two families to whom they will be eternally grateful.

"Someone who had seen us today said: lali Eri, these houses were made by this oligarch who also gave two villas to Lul Basha, do not forget! I told him, lali, there is a big difference: when the Socialist Party asks for help from an entrepreneur, it asks for help from Aphrodite and Mirela, when the Democratic Party hits an entrepreneur, it does it for Luli and his brother-in-law. But there is a very big difference: when the same entrepreneur, the same businessman, the same builder gives two houses for Mirela and Aphrodite, he is called a philanthropist, when the same person is forced to give for Luli and his brother-in-law, this is called a fine, this is called blackmail and this is the difference, "said the political leader of the Socialist Party for Tirana, Erion Veliaj.

By the same logic, said Veliaj, today they are upset with the history of garbage in Tirana.

Rama's message to Basha to leave SMI: It is an example of degradation, Meta aims at hassle to block elections, Democrats should be careful

Jozefina Topalli: This is what the Movement for Change aims at, the problem of the DP lies with the leadership, I will face everyone

Fatos Klosi: Berisha is playing a double game, his conscience kills him for Topalli's departure, Basha is sending messages that he should leave

Discussions in the group of SP, LSI and Berisha become clear The main focus of the Socialists, the pink headquarters takes in "protection" Basha

Bureaucracy against the Bureau of Investigation, US cut: Recruitment of BKH investigators based on merit, we support the process

The law on the police is approved, the wiretapping and surveillance by the staff, the SPAK and the prosecution have a role only in instruction

The opening of negotiations divides the EU into two parts, Albania and Northern Macedonia away from the positive signal, here are the countries that are against

Rescue of 4 minors from Syria, Lleshaj: We detached from the clutches 4 future terrorists, adults will face justice

Internationals all in support of SPAK and BKH, Italian ambassador meets Kraja and Hajnaj, optimistic about the new justice