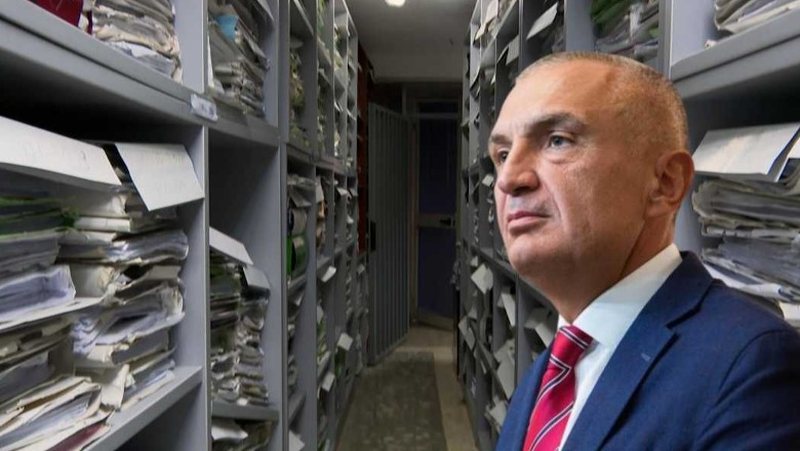 The Court of Tirana overturned the decision of the Prosecutor's Office not to start investigations into Meta's lawsuit against the File Authority after they published a file accusing a high-level politician with the initials IM of being a spy for the former State Security.

"On the one hand, the prosecution body decided not to start the proceedings for the above-mentioned criminal report, and on the other hand, investigative actions were carried out without registering the criminal proceedings. The court appreciates emphasizing that in this particular case, the prosecuting authority should register the criminal proceedings and carry out the necessary investigative actions for the specific criminal offense. The purpose of the legislator in the provision of Article 291 of the Code of Procedure was to exhaustively list those circumstances that do not allow the initiation of proceedings. Which means that the prosecuting body must be satisfied only on the basis of acts and look prima facie if there is any of the causes provided for in the above-mentioned legal provision", says the file provided by Report Tv.

In its decision, the court emphasized the fact that after the registration of the criminal proceedings, the prosecuting authority should interrogate Filip Talon, the person who was reported by I.M to the former state security.

"To call and ask the citizen Filip Talo about his relationship and his name with the bodies of the former State Security until the end of 1990: i) To ask about the facts and events that happened in the period 1989-1990; ii) To be asked about his claims about the person/s who provided information or denounced the citizen Filip Talo to the former State Security bodies; iii) Depending on his explanations and claims, to administer the personal file for each specific person found at the Authority for Information on Former State Insurance Documents (AIDSSH).

Also, the Court orders the prosecution to administer all the administrative practice followed by AIDSSH from the moment of notification/reception of the anonymous e-mail and thereafter, including but not limited to simple documentation, including any communication in writing or electronically exchanged between AIDSSH members; The record/s of the meeting/s of the Board of AIDS and the decision/s taken as a result of this criminal investigation; iii) Any communication/information/reporting of AIDS made to the higher State bodies as a result of this criminal investigation; iv) Record(s) of the withdrawal of the file(s) for the subject Filip Talo; Register of entries and exits in the archive fund of the Authority; vi) Register of use of documents, etc.

Finally, the court also requests that all members of the Dossier Authority be questioned.

"To be asked in the capacity of persons who have knowledge about the circumstances of the investigation: Gentiana Sula, Albert Nikolla, Altin Hoxha, Gjergj Marku, Skënder Vrioni and any other person who was involved in the handling of the specific case", says the court.

Only after these actions are carried out - the Court emphasizes, can a conclusion be reached whether or not there is a criminal offense in the specific case.