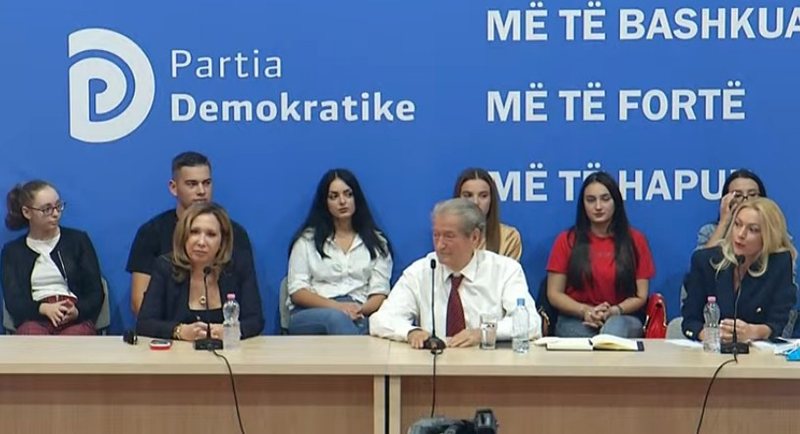 The well-known Albanian-American activist, Evi Kokalari joined this afternoon in the pulpit of Sali Berisha in Vlora.

She said that she came from America only for Berisha, and said that the DP was taken hostage by the SP, therefore the party should be reformed, starting from the current chairman.

Evi Kokalari: I came to Albania just for you, I am American but I grew up here. I am sorry that after 30 years the DP and Albania are at the point where they have been taken hostage by the SP and we have no opposition in the country.

I agree that Basha should be the former chairman of the Democratic Party, if he went somewhere in a city, he would not gather more than 5 people, while Berisha has support. This is the only thing that will save the DP, Berisha has a task, to return the DP where it was and rebuild it with American principles.
That's why I'm here, to put the views of the American Republican Party into that of Albania.

The DP needs to be reformed. The way to change this, the only thing that needs to be done is that each of you who has the right to vote, is to sign the forms to convene the assembly, 1400 signatures are needed but I am convinced that we will have more, the help of the Albanians of America you will have it, and as soon as we have the new chairman of the Democratic Party, the work will start.