The vice-president of the Socialist Movement for Integration, Petrit Vasili, has raised concerns about the state of Vuno's cemetery in Himarë.

Through a post on the Facebook social network, Vasili said that the Municipality of Himara has deprived the deceased of their last right to rest in a dignified place.

What a miserable state in the cemetery of Vunoi, shame for the Municipality of Himare!

The municipality of Himare supposedly cleaned them, but in reality the photos speak for themselves, where the scandalous opposite has happened.

All the garbage and bushes thrown on the graves, this is the shameful result of the supposed cleaning.

In those cemeteries rest dignified men and women who, with their lives and work, have served the country, village and family with modesty and simplicity without asking for anything.

Even the only obligation, that they rest in a dignified manner, is given to you by a Mayor and Mayor, who have nothing to do with the pride and extraordinary merits of the Coast, but have the Coast simply as a spoil of the market for their shopping.

Endless respect for the memory of those who rest in the cemetery of the village of Vuno and contempt for this Shame Municipality! 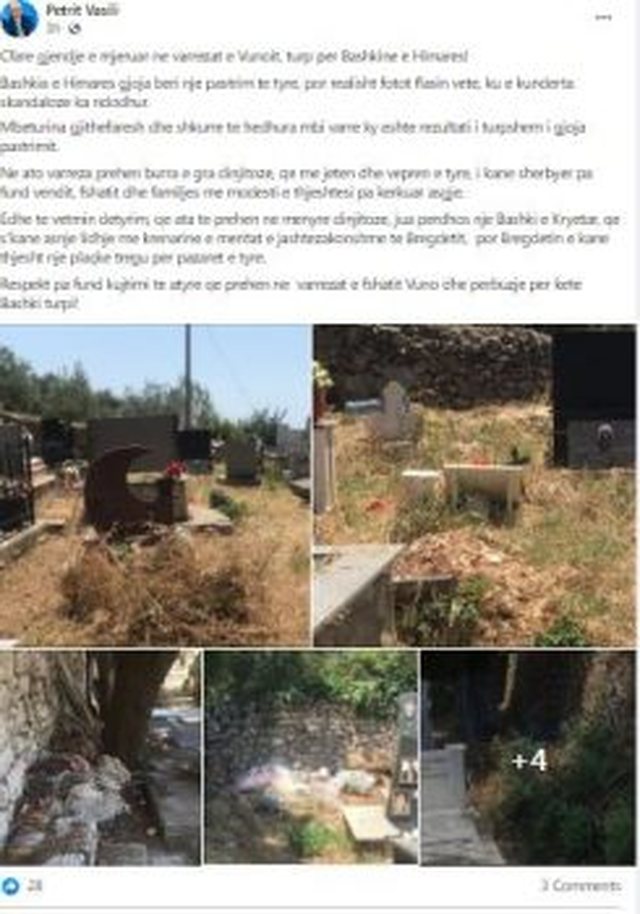