What are you knitting? SMI towards the alliance with PSD / "Tom Doshi is back", makes the urgent call 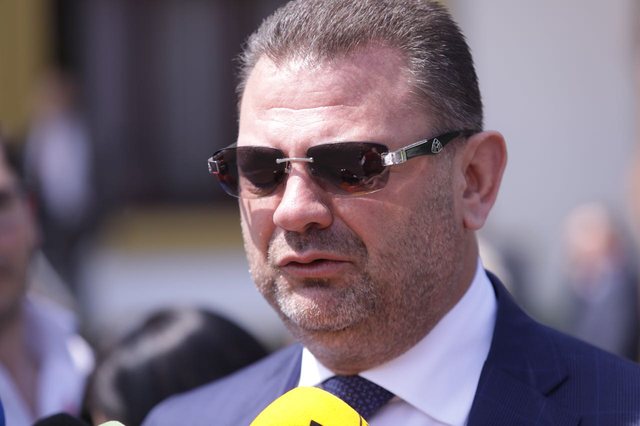 One day after the elections, Tom Doshi, on April 26, resigned from the mandate of the deputy while emphasizing that his resignation was irrevocable.

But today Tom Doshi has called on his followers on the social network Facebook to follow the page of the Social Democratic Party of Albania.

What is Doshi warning with this status? The Socialist Movement for Integration has started bargaining to create a parliamentary group in the Assembly.

Meanwhile, according to the information, the party of the Prime Minister has started the attempts not to be out of the game. According to information, attempts are being made for PSD members to join the SMI. According to the regulation, 7 deputies are needed to create a parliamentary group. The SMI has 4, while the party led until a few months ago by Tom Doshi has 3 deputies. If they join the SMI, Kryemadhi has the opportunity to come out with a parliamentary group. 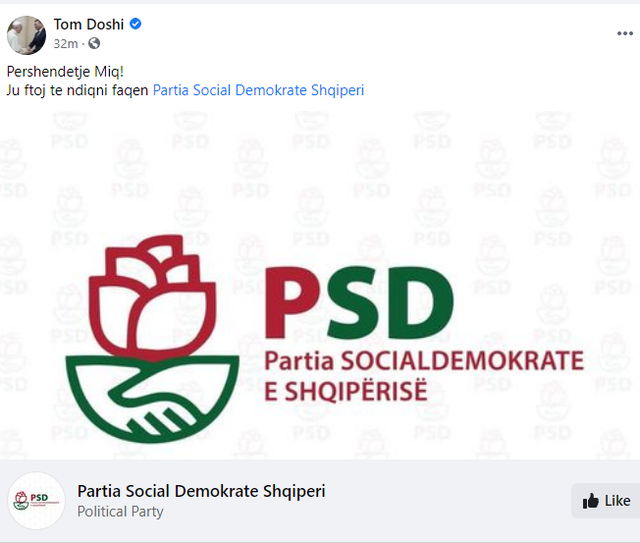 "Despite winning 3 pairs of elections in a row, he does not have this cut" / Blendi Fevziu makes the unexpected statement for Prime Minister Rama

Serbs have blocked the roads / After numerous tensions, the ambassadors make an urgent move

The expulsion of Sali Berisha from the Democratic Party, Blendi Fevziu shows what is hidden behind this decision of Basha and issues a strong warning: The bells are ringing for ...

How do you see Rama's invitation for cooperation with Lulzim Basha? Dashamir Shehi speaks openly and has a suggestion

"This day reminds us that there are more things that unite us than those that can divide us", Prime Minister Rama gives the important message

"Berisha to understand that 'he can not get married 3 times'", Dashamir Shehi comes out with the unexpected statement and reveals what the opposition is planning: There is no drama if both leave!