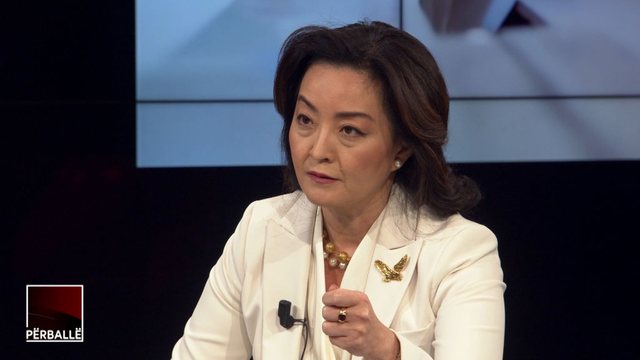 US Ambassador to Tirana Yuri Kim was today invited to the show "Përball" by journalist Lutfi Dervishi where she spoke about the US position on April 25.

She said that the US is committed to punishing anyone who tries to disrupt the elections in Albania.

Lutfi Dervishi: Madam Ambassador, speaking about the hopes and expectations for the elections on April 25, you have played a major role in ensuring that the political parties come together, reach an agreement and ensure that we will have the legal infrastructure for the elections. In a way, you were the guarantor of the June 5 deal. Are you also a guarantor of the implementation of this agreement?

Ambassador Kim: I think the guarantees in any democracy for an agreement like this are the institutions, but they are also the responsibility of political leaders, especially those who are elected but also those who want to be elected. If you promise to do this and that, then you have to do it and of course this is guaranteed by the institutions and, for example, in this case, it is the CEC commissioners who will have the responsibility to make sure that the agreement is implemented. so there we have to see. However, in the end, the real guarantors in any democracy are the people and, I repeat, your vote on April 25 is your basic power.