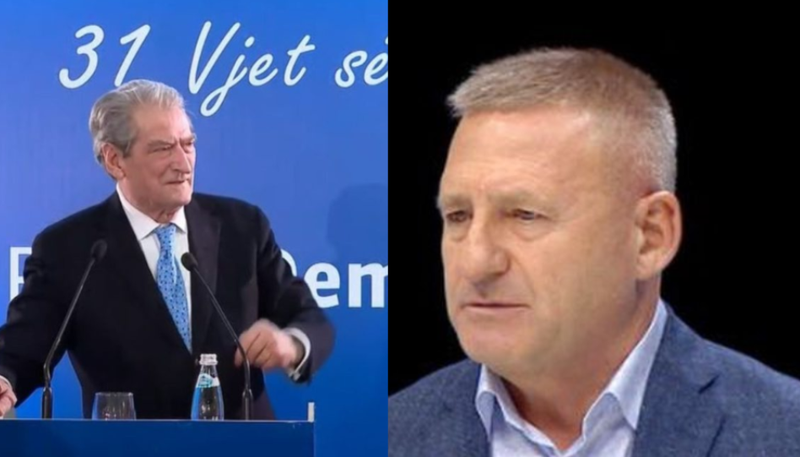 Former Prime Minister Sali Berisha looks set to run in the March 6 by-elections under the Nard Ndoka's party logo. On Thursday in a television studio, the former prime minister said that in the conditions when the court has recognized Lulzim Basha as chairman of the Democratic Party, the PD Re-establishment Commission has two options left to register in the by-elections. According to Berisha, one possibility is for his candidates to be registered in the logo of a party or coalition, while the other option is to be independent through the collection of signatures. But despite this statement, the newspaper has learned that Berisha's roads have been closed and the only option he has left is to enter the March 6 elections camouflaged under the banner of the Christian Democratic Party led by Nard Ndoka. Even a signal of this nature was given yesterday by the leader of PDK, Nard Ndoka. The latter during a statement to the media said he was ready to cooperate with Sali Berisha. "We have sent the request to the CEC and this will be an opportunity that since the government has become one with Basha and as long as Basha will have the stamp in his sock, we have taken a step forward, as Rama said: "PDK has the stamp like Basha", declared Ndoka.

Berisha not in alliance with Meta and Basha's allies

But as Christian Democrat leader Nard Ndoka leaves the door open for former Prime Minister Sali Berisha to register the candidates proposed by the Democratic Party's Re-establishment Group under the PDK logo, a rift has emerged on the horizon between the former Democratic leader and his allies. Basha, as well as the Socialist Movement for Integration. The latter is registered in the Central Election Commission for the local by-elections for 6 municipalities, while it is clear that Berisha does not want an alliance with the SMI, also due to the bad message of the history of the 700 thousand euro bloc. President Ilir Meta himself recently spoke with superlatives about former Prime Minister Berisha and even revealed that he invited him for coffee and lunch, invitations that the former leader of the Democratic Party refused. But Berisha has avoided Meta and the party of the Prime Minister, as the newspaper has learned that the Democrats do not want an alliance of his with the Socialist Movement for Integration. So, faced with this situation and despite the flattery that Meta makes to his figure, Berisha has brought to the "Greek Calendars" the possibility of a cooperation with the SMI. Meanwhile, the leaders of the allied parties, despite being critical of Lulzim Basha, have refused to cooperate with former Prime Minister Sali Berisha in the March 6 elections. It is about the head of LZHK, Dashamir Shehi; the head of the PAA, Agron Duka; the head of PR, Fatmir Mediu and the head of FRD, Sali Shehu. So it is clear that the only one left to Berisha to use his party logo in order to register candidates for the local by-elections is Nard Ndoka, who is learned to have submitted the application to register with the CEC. As well, The newspaper has learned that so far the following political entities have been registered with the Central Election Commission for the March 6 elections: SP, PD, LSI, New Democratic Spirit, Dhimitër Muslisë PKD and LRI led by Arian Galdini. However, it remains to be seen in the coming days what scheme former Prime Minister Sali Berisha will follow.