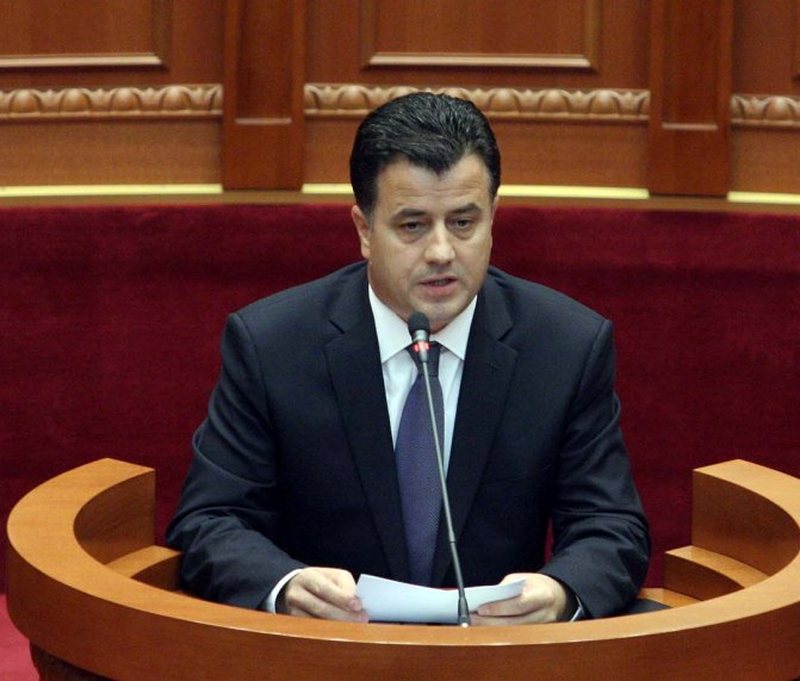 MP Flamur Noka, one of the open supporters of Berisha's initiative within the DP against Lulzim Basha, in addition to a strong position against the decision for Berisha, criticized the strategy of his party chairman for action against the government "Rama3".

Referring to the decision of the opposition to tear the ballots at the time of the election of the Speaker of Parliament, Lindita Nikolla, Flamur Noka said that against the regime, as he described the socialist government, is not fought in this way and with drafts, but strategy implying , se mungon.

"I am one of the Democrats of the early hours. I have disagreements with the chairman of my party on this occasion (excluding Sali Berisha) but this will not prevent me from continuing my battle against the ruling regime. I believe you followed him last night in my speech, I said this, all together against the regime and against the regime is not done by tearing the pages or making drafts, against the regime is done strategy "said Noka for ABC News.

Socialists withdraw from blockade of incinerators, Parliament votes today to set up commission of inquiry

Çuçi: Police Oversight Agency will fight corruption and illegal activity in the ranks of the police

Gledis Nano castling in Tirana police stations, here are the names of the new leaders and those who are leaving office

After the expropriation, the Municipality of Tirana takes control of Saraje e Toptanëve, tensions with the owners