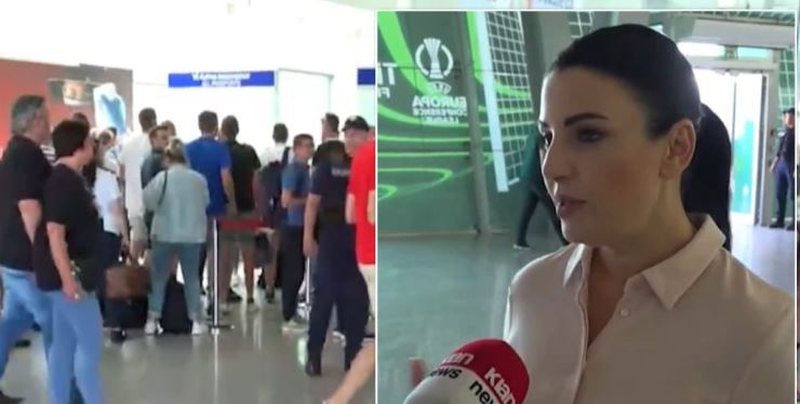 Minister of Infrastructure Belinda Balluku has inspected today Rinas Airport which is facing a large influx of flights as thousands of foreign tourists are coming to Tirana for the final of the Conference League.

Balluku said that so far everything has gone well, thanks to the work and coordination of Aropot staff, air traffic control and border police with UEFA.

Today up to 180 aircraft are expected to arrive, while yesterday 146 aircraft were processed.

"Yesterday was a busy day, at the peak of summer we usually process 110 aircraft, yesterday there were 146, but we also had a coordination with UEFA and everything went well. We asked for passengers to be without pay. The Albanian air navigation and the police under the supervision of the Civil Aviation have done everything well. Passengers are separated by fan charters.

Rinas Airport, the staff, are performing in the best way. "Today is a very big challenge as the number of planes is expected to reach 180. I hope everything goes well", said Balluku.