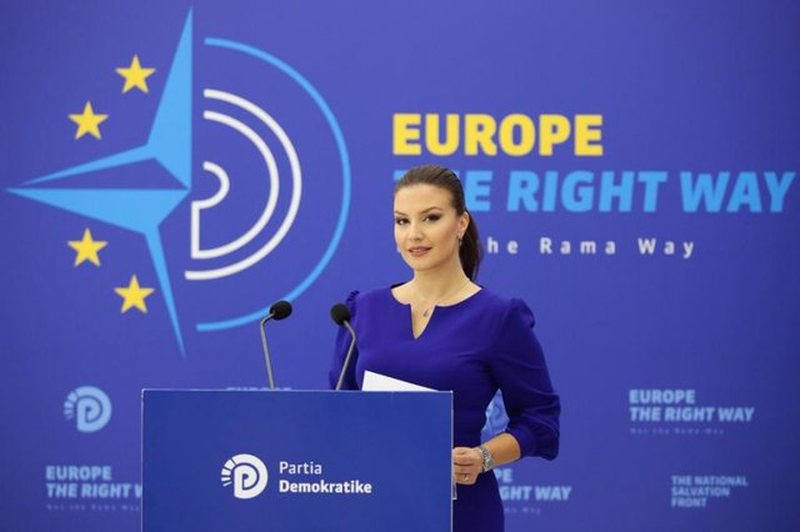 The spokesperson of the Democratic Party, Floriana Garo, has denounced the performance of Ambassador Rama in the British Parliament Committee, calling it an alarm bell for the transformation of Albania into the fiefdom of Edi Rama's disorders.

DP calls on the ambassadors to protect Albania and its dignity, not the power of Rama, the narco-state and his chair.

Edi Rama's ambassador to the United Kingdom, like his boss in Tirana, defended Rama and shamed Albanians and Albania in the hearing before a British Parliament Committee. The diplomat spoke as if he were Enver Hoxha's ambassador. He was unable to answer most of the parliamentarians' questions. The only times he answered, he, like his boss in Tirana, exonerated his own government and blamed the host country, Great Britain. The ambassador blamed both foreign governments and Albanians from ethnic areas in the Balkans, using a thesis by Sajmir Tahir a few years ago that those who emigrate to Germany are Albanians from Greece.

He went so far as to blame social media, which according to him "spoils the minds of Albanians", as if he had been summoned to the hearing as a psychologist for the damage of virtual communication, and not an official representative of the state.

Submitted to the questions of the British legislators, he admitted that the Albanian government would support a plan of penetration and repatriation of Albanian immigrants, throwing them twice into the sea. Once by driving them from the mother country, and the second from the host country. In an attempt to cover up the truth, to admit that Albania has a problem related to the governance, which he represents, the gentleman in question made himself look like an elementary school student, standing up at the blackboard and not knowing the lesson .

The Democratic Party feels regret and alarm for the degradation of Albanian diplomacy under the government of Edi Rama.

We call on the ambassadors to protect Albania and its dignity, and not the power of Rama, the narco-state and its own chair. The Ambassador's performance is an alarm bell for the castration of the diplomatic body and the transformation of symbols and representations of the Republic of Albania into a fiefdom of Edi Rama's appetites and disorders. Albania is in the new danger, from which it had once emerged, of returning to a banana republic, to a ridiculous state and country. This is because of the government of Edi Rama and the hostages who represent Albania around the world.