FSHF letter to Manastirli, it is revealed what he asked for (DOCUMENT) 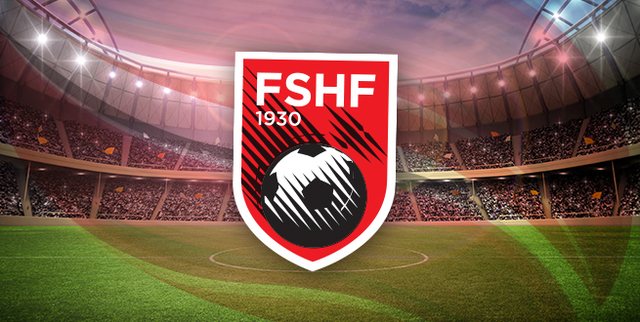 The Albanian Football Federation has asked the Ministry of Health and Social Protection, as well as the Technical Committee of Experts, to open the doors of stadiums in the country at full capacity for all vaccinated persons.

In the letter sent to the Minister of Health, Mrs. Ogerta Manastirliu, FSHF demands that the presence of Albanian fans in stadiums be allowed, within the matches that Albanian clubs are playing in the "UEFA Conference League" competition and in support of the Albanian National Team, in the two matches that the red and blacks will play in September against Hungary and San Marino, valid for the 2022 World Cup.

The Football Federation gives concrete examples of how through cooperation and maximum care, big events can be organized, without endangering people's lives, such as the development of the European Championship 2020, or the attendance of matches in "Skënderbej" square by thousands of sports fans, being careful.

"Based on these positive and encouraging experiences, combined with the mass vaccination of the population by MSHMS, we address you with this request to allow spectators in the stadium at full capacity, in advance for our clubs which are on a historic journey of the most competition young European, as well as our national team in the decisive matches of September. Again, beyond all the rigorous measures of the UEFA Game Return Protocol, and to maintain the safety and health of players and spectators, we as the AFF will take steps to access the stadium, at this stage, to have only vaccinated persons ", - is written in the request of the ALF for the Ministry of Health. 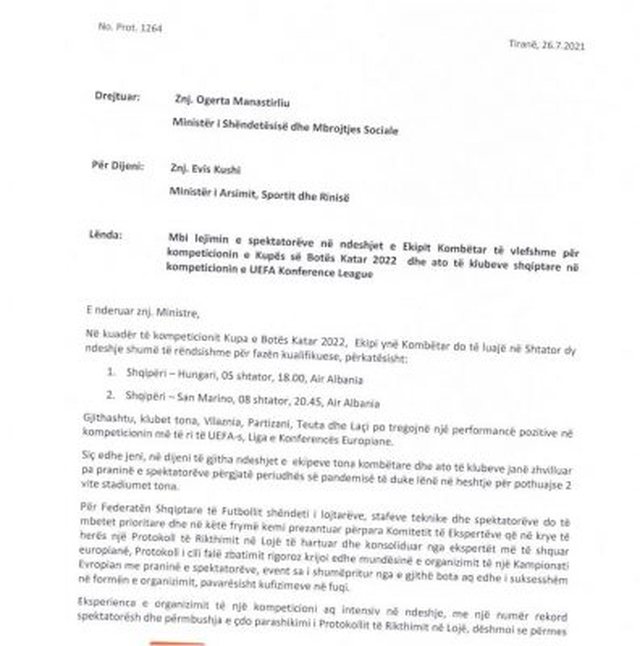 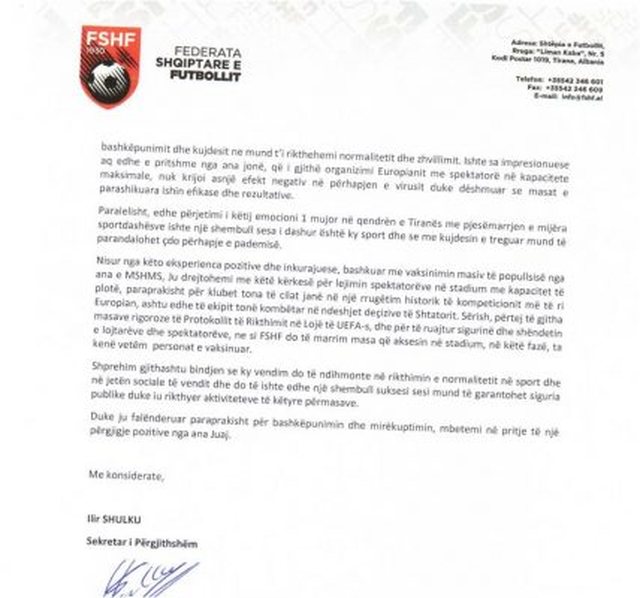