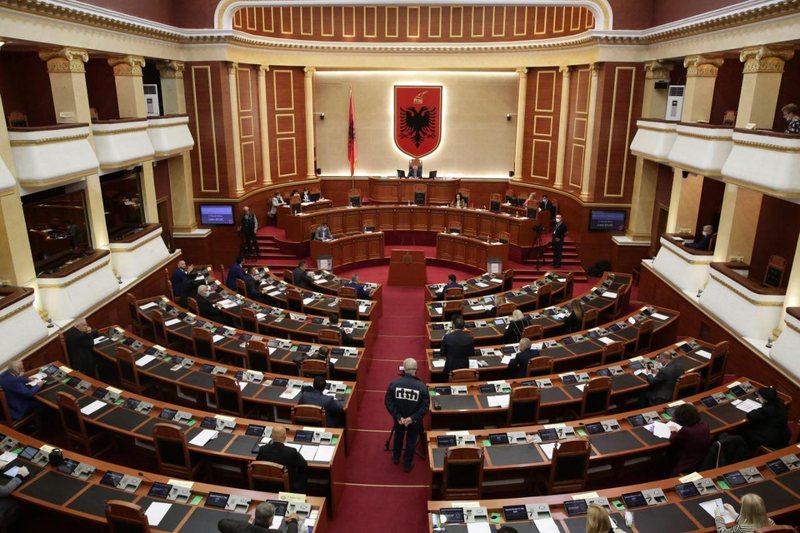 The history of pre-election coalitions ends. The Socialist Party has gone to the end of its initiative for open lists and the banning of coalitions before the elections, thus giving a strong blow to small parties, especially the Socialist Movement for Integration. Yesterday, the Parliament, with 97 votes against, overturned the decree of the President, who returned the law for reconsideration, demanding that the June 5 pact be implemented. The majority did not heed the decree at all and thanks to the opposition secured the necessary votes bringing a new era in the political system. On April 25, we will no longer have dozens of lists, but probably 2 or 3. The SP will be the only one, as its allies are negligible parties, while as far as the opposition is concerned, we will most likely have 2 lists. Basha has avoided the question of how the elections will go, stating that the president's decree will be awaited. But after yesterday's vote, the DP must decide whether to share the list with the SMI or to include only traditional allies in the list? Reliable sources said that the SMI will come out on its own, while the DP will add permanent allies to its list. But with this move the SMI and small parties will be greatly harmed. Basha's traditional allies the maximum that can be represented in Parliament will be only with their leaders. EAP or PR aim for several seats, but the inclusion with a unique list limits it. On the other hand, coming up with a separate list could bring more damage, as Idrizi remained out of Parliament in 2017. On the other hand, the SMI is also very lost as it will face both the DP and the SP. If we had a PD-LSI coalition, the votes would be collected and there would be no rivalries, but now the PD itself will try to get votes from the SMI, as well as the SMI from the PD. So with the removal of coalitions we will have a different battle.

The only one who fought hard against the abolition of coalitions was President Ilir Meta. The president did not stop for a moment the threats and attacks on the prime minister in the hope that the SP would enable the SMI to go with the DP in the elections. But the removal of coalitions also seems to be supported by the DP. Lulzim Basha did not respond to Meta's war at all. The newspaper said a few days ago that the SMI and its allies wanted protests in front of Parliament to block the changes, but Basha refused. Even yesterday he appeared at a press conference and the focus was on the coronavirus, unlike the Presidency which focuses on the Electoral Code. So in a way it seems like there is a silent PS-PD pact against the president's SMI. If a deeper analysis is done, the removal of the coalitions was made possible thanks to the burning of mandates. Basha withdrew the SMI and now the president's party will suffer the consequences as it can shrink in very few terms. Meta sent a coded message to Basha a few days ago asking to show who is holding him hostage, but then shivered. The signal is clear that the DP does not want the SMI in the coalition and the president has found out. With yesterday's changes, the SMI is the most lost party and it remains to be seen what Basha will do.

The US abandons the president

Meta recently addressed the Venice Commission, asking for an opinion on the Electoral Code. There were some reactions to this move where many internationals said that the opinion of Venice should be expected. But the only ones who have reacted are representatives of the EPP and some MEPs. But we have no reaction from the US embassy. This is another signal that Meta is not doing well with the Americans. Yuri Kim has made it clear that June 5 is not affected, while the embassy has not reacted at all to sending the Code to Venice.

Former socialist minister lost his life from COVID, Berisha message of condolence for Marko Bellon: He was a reasonable voice and opponent of ...

The agreement between Albania and Kosovo is signed, Minister Gent Cakaj gives the good news what happened

Porodini and Rustem Peçi: Sali Berisha is a neo-fascist and a sucker of collaborationists, that is why this servant of the ballistas cannot tarnish the partisan war

April 25 elections, CEC: Immigrants will vote by mail, here's how to proceed

Everyone in anxiety from Basha's plans, from Berisha to the allies, on the basis of the clashes between the people of the former prime minister and the democratic leader

Basha attacks Rama: He has impoverished and cut off the trust of the citizens, with the coming to power of the Democratic Party we will return Albania to the place of opportunities

Meta's man leaves the head of KED, Ervin Pupe takes over the management of the institution, here are the other names that will decide the fate of the Constitution