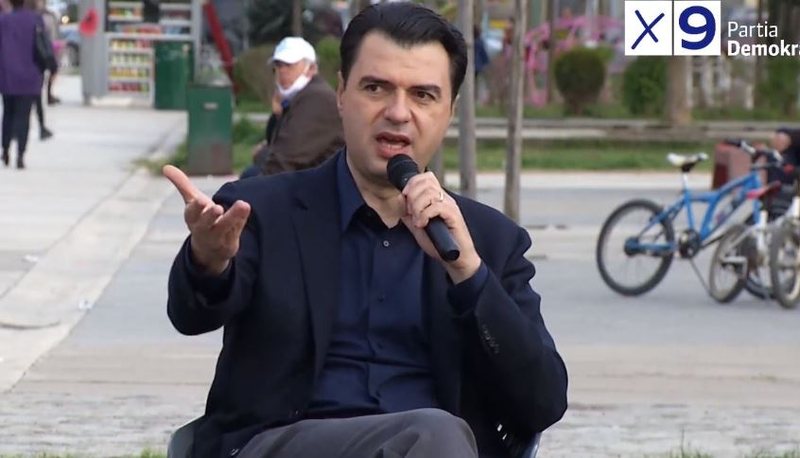 Democratic Party leader Lulzim Basha has said that small business will not pay the costs of fiscalization.

Basha also said that they will make possible the reimbursement of all families affected by Covid.

The leader of the Democrats said that Prime Minister Rama did not keep his promise to reimburse these families. Meanwhile, he added that the health reform will make it possible to stop the departure of medical staff abroad.

"Fiscalization will be canceled 600-2000 euros after the price of oil has increased, after each fine small business will not pay the cost of fiscalization. This affair will be investigated until the end. For small and medium-sized businesses there will be a 0.5% annual turnover ceiling, a fiscal stamp that will stop tax intervention.

For pharmacies in particular I have something else. in our diagnosis reimbursement reform. We will put an end to the drug mafia. That the medicines that enter Albania are not fake. Every Albanian patient will be treated only with drugs approved by the US, EU. There will be no more drugs of dubious origin. Reimbursement will be made according to the diagnosis. Albanians pay around 900 million euros every year and have the worst service in the Balkans.

Stop the departure of doctors through health reform. For pharmacists, thousands in Albania have passed Covid, some of them have had minimal expenses, some have gone to millions of ALL. Where is the refund of these bills? This prime minister did not respond for four months and in dozens he allegedly introduced a reimbursement package but you know very well that this reimbursement is not done. Therefore, we are ready to reimburse all these families and for this we need cooperation with the order of pharmacists, "said Basha.