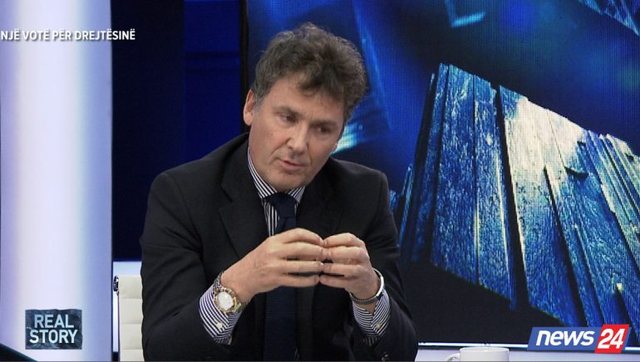 Analyst Arjan Vasjari, said in the show "Real Story", that there is little hope after April 25. He said that the Justice Reform may not sift through the upper political classes, as there are no real facts and evidence.

According to him, April 25 will be a historic threshold, which will upset this kind of balance between society and politics.

"If we have this policy today, we do not have the most emancipated society. Political parties are the reflection of our society. We continue to consume a 30-year transition, if society could really be so homogeneous in its reaction to this government, no political caste would be able to resist. In Albania it has resisted, even in the short term, I say it will exist. April 25 will be a historic eve, which will upset this kind of balance between society and politics. But April 25 will be just the beginning. There is a misunderstanding about Justice Reform here. Justice reform is being attacked by extra-political factors because it is being attacked by criminal populism. This is to create the idea that we have the files ready for Monica, Meta, Rama. But it is not so. Justice reform works on facts. You will not be surprised if the new justice, after a few years the characters we presume to be guilty of, for PPP, Theater, will be free. "They will be free because there will be no facts," said the analyst.

"What can the desolate Luli do, even when she lies she makes mistakes", Romeo Kara publishes the video of Basha that is 'breaking' the network

"This is criminal, let the Prosecution solve it", Artan Hoxha clashes with Arben Pëllumbi: Who gives you this information?