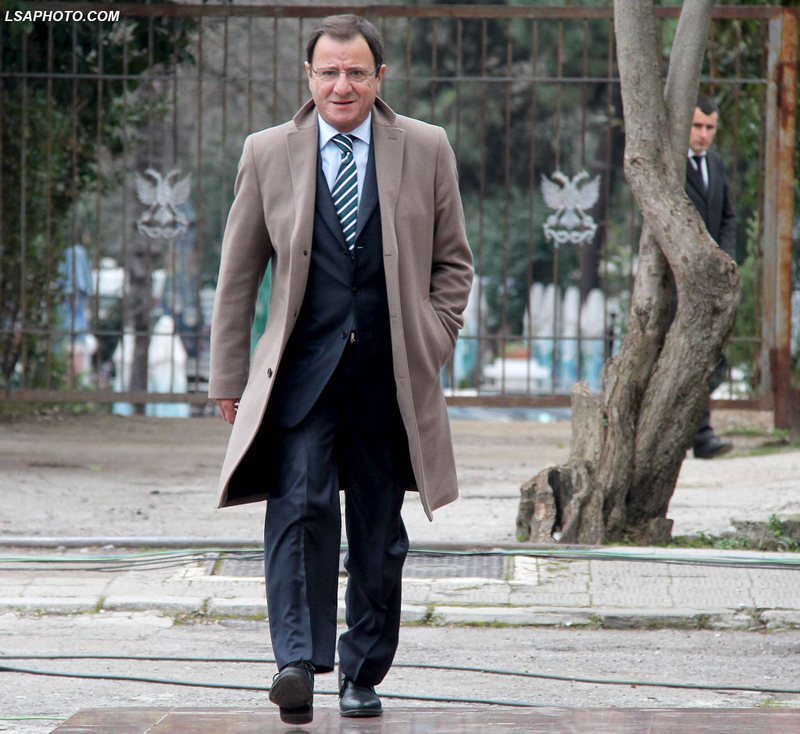 As yesterday the former Minister of Economy, Genci Ruli during the time when the Democratic Party was in power, was called to SPAK to testify about the file of the alienation of the former "Partizani" complex, the "SOT" newspaper is bringing some of the facts that implicate the former minister in this mega-closer, while some former ministers and high officials during Berisha's government are also part of the scheme. More specifically, the scandal of the robbery of the "Partizani" sports complex has been deepened by another official decision, taken by the Minister of Energy, Economy and Trade, the man of new and old corrupt affairs, Genc Ruli, regarding the privatization of this sports complex. Whereas Berisha's political-economic friend, former mayor Rama, made a decision to the KRRT on 29.12.2007 for the return of the "Partizani" complex in the construction site, the former minister Genc Ruli, just 7 days later and specifically on January 4, 2008, signed the special order to start the rapid privatization procedures of this complex, also appointing the evaluation commission for the sale of this state property. Just like the former mayor Edi Rama, of course on the orders of the former prime minister Sali Berisha, the former minister Genc Ruli also signed the privatization of the "Partizani" sports complex, a state property, 7 months before the adoption of the "Berisha" law that allows the privatization and destruction of these complexes. This action-scandal did not happen to serve national interests, nor the reform of the "clean hands" government, nor Albania's entry into NATO and the EU, nor "success" in the privatization process, but because it serves the interests of the official Albanian economic and political mafia, which has and commands the monopoly of land grabbing, trade in construction permits and control of construction sites in the capital and in the coastal and mountain tourist areas. So, it is learned that one of the reasons why Mr. Ruli was summoned to SPAK yesterday is precisely this scandalous decision-order.

The ownership of the "Partizani" sports complex was predetermined

But the scandal with the robbery of this sports complex deepens even more, when it confronts the decision of the former mayor Edi Rama and the order of the former minister Genc Ruli. In Rama's decision, it is said that the construction site permit is approved for a group of co-owners, among whom are the husband of Argita Malltezi, the son-in-law of the former prime minister Sali Berisha and his sister Olta Malltezi. So, the square was approved for the owners of this land on December 29, 2007 and here it seems that the ownership has been determined and the accounts with this sports complex have been closed. Whereas in the order of the former minister Ruli, dated January 4, 2008, i.e. after 7 days, the start of the privatization process of the "Partizani" complex is ordered! This is a serious scandal and an open robbery committed by a group of people who at that time held political and executive power. At the epicenter of this scandal is the son-in-law of the former prime minister, in the service of whose benefits not only the power of the father-in-law, but also the municipal executive power of his dirty pact ally, the former mayor of the Municipality of Tirana, has been made available. , Edi Rama. And likewise, former minister Genc Ruli has been made available. These, in collaboration and reconciliation of dirty agreements, have made decisions and issued orders in opposition, even 7 months before this right was approved by law. Their supporter in this scandal has been and continues to be former Prime Minister Berisha, who also in the service of covering up the scandal and protecting the illegal and corrupt construction and property interests of his son-in-law and his daughter, he hastened to approve the special law, to legalize the preliminary robbery they did to the sports complex "Partizani" and the complexes of others, that they have designed to rob in the future, with the law that was approved only 10 days ago. We have complete documents for these robberies of objects and lands not only of sports, but also of green spaces, economic centers and public services that were deliberately closed, which are already in the "tripod" Berisha-Rama-Ruli, to be "executed " for construction sites. So all this shows that in the "collection" of Genc Ruli's activity, as former Minister of Economy and Energy,