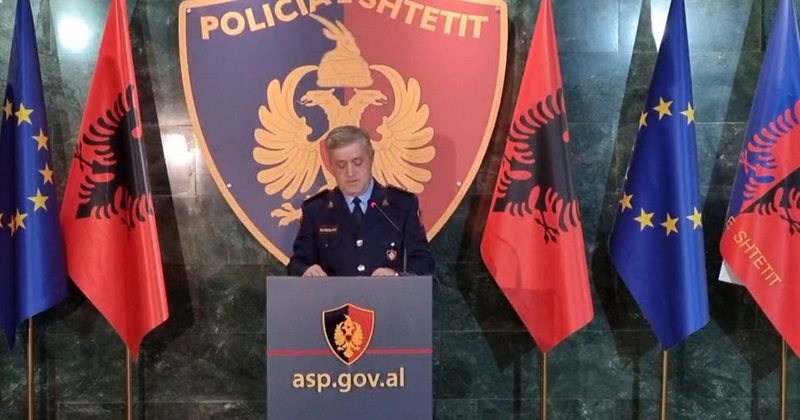 The head of the State Police, Muhamet Rrumbullaku, issued a statement to the media today, as he spoke about the progress of security during the EU Summit and the opposition protest.

Speaking about the attack on Berisha, Rrumbullaku said that, in relation to this incident, which they described as unprecedented and reprehensible, the State Police reacted by arresting the suspected perpetrator.

Muhamet Rrumbullaku: It was long hours at the top of the task, everything was concluded successfully. The works were carried out with complete success. I send a message of thanks to all the citizens who showed patience that we had to keep many of the road axes closed for many hours. Regarding the incident that happened with MP Sali Berisha, unprecedented and reprehensible. As soon as the State Police became aware of the ugly event, they accompanied him. We are investigating the incident. Regarding Berisha's statement during which he claimed that Gert Shehu is the agent of the Criminal Police, we clarify that: Gert Shehu was not and has never been an agent of any structure. It has never been used as a source of information. The document certifying the state of mental health was made available to the media by his family members.

"Berisha has friendship with Agron Neza's father", Ilir Demalia reveals the reason why Rama is not accused in the USA: This is a political and media scandal