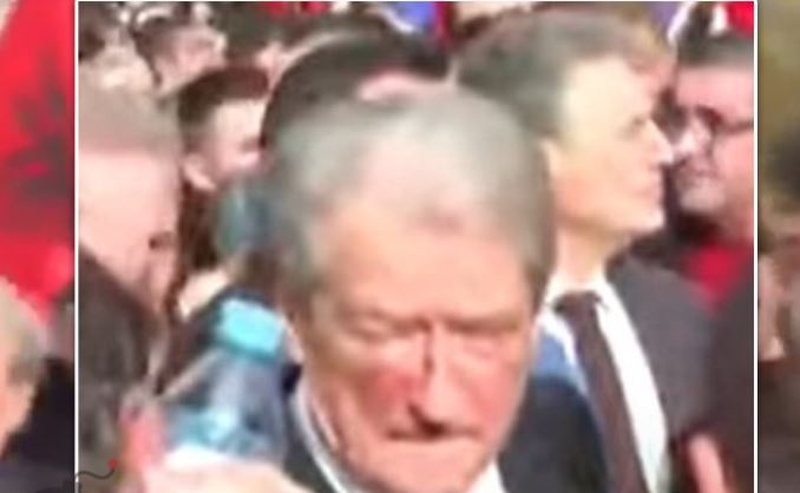 Former Prime Minister Sali Berisha appeared bloodied on the protest podium this Tuesday, after being punched in the face by a person who was camouflaged among DP supporters. As you can see from the photo, he has bruises on his cheek and nose.

The incident happened just a few moments ago and the person who shot Sali Berisha was raped by the PD's bodyguards and militants. Afterwards, he was taken by force and sent to the interior of the PD headquarters.

"You can't defeat us, villains and criminals" were some of the words that the former prime minister and the chairman of the DP were heard to say briefly. Afterwards, he immediately got off the podium and left, because his face was bleeding.

Meanwhile, the effective emergency of the "Shqiponja" Department, as well as an ambulance, arrived at the premises of the headquarters of the Democratic Party. The mayor Sali Berisha himself is still in the square. The doctors and the police have gone to the blue headquarters to take the person who was raped by the bodyguards after shooting Berisha.