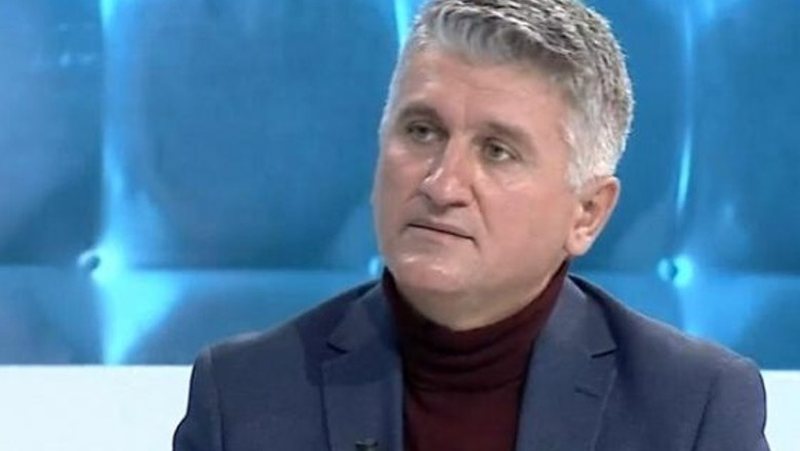 The MP of the Democratic Party, Agron Gjekmarkaj has continued with the criticism addressed to the leader of the Democratic Party, Lulzim Basha, while he has also given the solution on how the largest opposition party should get out of the crisis. MP Gjekmarkaj has published on social media and networks part of his speech that he spoke during the meeting of the parliamentary group this Saturday, while emphasizing that the leader of the Democrats Basha should cut the "Gordian knot" and resign from the leadership of the Democratic Party. "Mr. Basha, your credibility has been massacred. We all have responsibilities, I took mine. You are the leader, you have to cut the Gordian knot. You should resign but you should do this by asking Sali Berisha as well. A joint commission with personalities between us and the rostrum to be set up to reconcile the Democratic Party and lead to the election of the Leader by race! SB may not accept it but let him bear the burden of rejection! "DP is here from SB and from you, so it must find a solution beyond both", he declared. Mr. Gjekmarkaj further states that even if former Prime Minister Sali Berisha does not give up, according to him, the Democratic parliamentary group has the right to act to resolve the situation. "Even if SB does not accept this, you must resign and this parliamentary group must find a political solution and manage the party! Between SB and LB I choose you Mr. Basha but that is not enough anymore! In the campaign I felt the anger and contempt of the people! It should be read responsibly. People need a negative myth to justify their anger. Your opponents have succeeded in turning you into such a myth. Therefore this obstacle must be removed. This obstacle is considered by you ", underlined the deputy of the Democratic Party, Agron Gjekmarkaj.