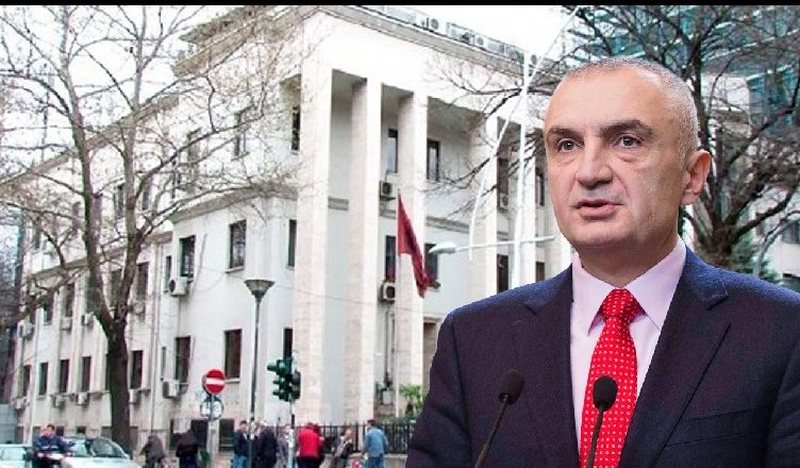 The Supreme Court has 9 members. After the appointment of Artur Kala, the president of the country, Ilir Meta, has signed the decree for Asim Vokshi, bringing to 9 the number of members in this court. In the decree issued by the Presidency, it is stated that President Meta has administered the proposal of the High Judicial Council, for the appointment of Asim Vokshi as the youngest member of the High Court, who has been selected to be appointed to this court through the procedures of promotion from the ranks of the judiciary and then decided to appoint a judge of the High Court, Asim Vokshi. With this move, it seems that the impasse for the completion of the Constitutional Court is being unblocked. The Supreme Court suffices to have 10 members and then easily names its 3 names in the Constitutional Court. There are currently 9,

The attitude of the president

But, the President of the Republic, despite this decree, expresses his reservation regarding the activity of the High Judicial Council and the Assembly of Albania, on the unjustified delays created in the completion of the High Court with all the necessary judicial body. The decree states that the process for appointing judges to the courts has been delayed. "The legal and administrative treatment of the career promotion process in the High Court of Judges of the Courts of Appeal, who were also members of the Electoral College, has been deliberately delayed, keeping them under constant political pressure, until the members of the Electoral College to conclude and express themselves with a decision on the appeal procedures that would be submitted to them as a result of the appeals on the electoral process of April 25, 2021.

President Ilir Meta has returned the accusations against the reform that according to him, the latter has been captured by the government. The decree states that the government has intervened in the legislation to influence the independence of the judiciary. "On the unjustified delays of the HJC in filling the Supreme Court with the entire full judicial body, as well as on the efforts of the majority to distort the implementation of the reform of the justice system through interventions in legislation to affect independence and impartiality of the judicial system and in particular of the Judicial Electoral College, the President of the Republic, has maintained a principled, consistent and continuous position through 9 (nine) written acts made public to the High Judicial Council, but also through Decree no. 11 797, dated 22.10.2020, for the return for reconsideration of the unilateral amendments to the Electoral Code of October 5 realized by law no. 118/2020 ”, it is stated in the decree.