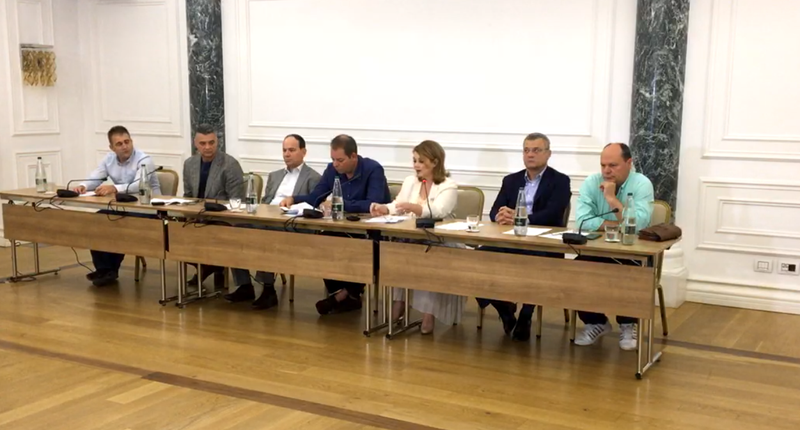 The group 'For the DP' has appeared in a press conference, where they have listed a number of reasons why Lulzim Basha won a third term at the helm of the DP through a process with major violations.

Former candidate for chairwoman of the Democratic Party, Edit Harxhi said that 28 thousand members of the Democratic Party have been expelled and this is the biggest violation of these elections. While identifying a number of violations committed in the electoral process within the DP, Harxhi said that the membership list was not made available to them. Harxhi also further said that in some polling stations voting was done without a membership card, while some commissioners were threatened.

"Membership lists were not made available to candidates. That denied tens of thousands of Democrats the right to vote. The expulsion of 28 thousand members of the Democratic Party is the most serious violation of these elections.

There were those who went with a membership card issued by Azem Hajdari and were not accepted. So in addition to the shortened list from 106 to 75 thousand there has been a very large shortage of names on the list. Contrary to any norm of the Electoral Code, new members have been appointed. Some have voted with only one counterclaim. In some polling stations there were cases when they voted without a membership card. Electronic auditors Candidate representatives were not allowed to see if there were any modifications to the system. In 90% of cases observers were asked to stay away from the commission table. There have been cases where observers have been threatened by commission members. Some have been expelled from the commission. The regulation regarding the modality of the electoral process has not been implemented, 'said Harxhi.