From "Gërdeci", to the Partizani Complex, the head of SPAK reveals the details of the investigation for the sensational files and warns of reprisals in Croatia and Romania

"The files are opened and the Hague documents are released", Balla publishes the 'bomb' video for Basha: With what status is he in the room where Rugova's companion asked questions? 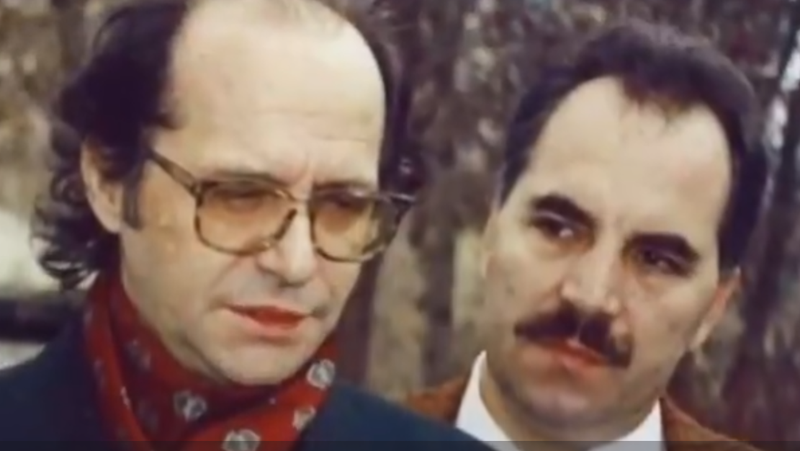 The number two of the Socialist Party, Taulant Balla, through a post on social networks has published the facts that implicate the leader of the Democrats, Lulzim Basha, in the serious issues of the war crimes investigation that The Hague is conducting by the former KLA leaders.

"THE FILES ARE OPENED AND THE HAGUE DOCUMENTS COME OUT

What was the status of Lulezim Basha in the room where Rugova's companion was questioned in The Hague, in 2000?

Why was Adnan Merovci asked by the judge about Lulzim Basha and his status?

Why was the "translator" Lulzim Basha not a translator listed on the official list at the International Court of Justice in The Hague?

We recall that Adnan Mervoci, former accomplice of President Ibrahim Rugova, was questioned in The Hague Tribunal in the court hearing against Vlastimir Djordjevic, former Deputy Minister of Interior of Serbia, responsible for many crimes in Kosovo.

"Merovci testifies that he was asked about another case against former President Milutinovic twice, once in Pristina and then in The Hague in April 2000," Balla wrote.

The commission for the dismissal of Meta, Murrizi comes out with a firm position: For me it is a fact that the president has contacts with elements of the criminal world, only if the information comes from ...

"Where do these people come from?" Bad burial expertise, what are these… ”/ The debate in the Commission of Inquiry for the dismissal of President Meta erupts, Spartak Braho erupts in revolt (REPLICATIONS)

The Commission of Inquiry for the dismissal of Meta, Spartak Braho raises the tone: Let's not hurry, we need people with ...

"PD to hold elections, but it does not come out within 48 hours that the funeral will take 40 days", Dash Shehi with a strong statement for Lulzim Basha: These two have emerged as party leaders!

The dismissal of Meta / Felaj reveals details: The Commission of Inquiry will make a full report, within 3 weeks it will ...

"The final report will be presented on May 24", Alket Hyseni reveals the date when President Meta will appear before the Commission of Inquiry and the procedures that will be followed for his dismissal

Wanting to take the post of chairman of the Democratic Party, Fatbardh Kadilli reveals whether he communicated with Sali Berisha before expressing his ambitions to take the place of Lulzim Basha: It is natural that ...

Were there any communications with Prime Minister Rama after the loss of the deputy mandate in the April 25 elections? Ervin Bushati reveals the behind the scenes: Proud of the SP of Tirana!

"It will happen within June", Manastirliu publishes important information and gives the good news

Has the SP promised the DP to give it to the President? The socialist speaks openly and shows what is hidden behind Rama's invitation to Basha: We are ready to consult with the opposition!

"We have a heart full", Jozefina Topalli shares the beautiful news between emotions

The famous singer in mourning, loses the dear man of her family after a long battle with a serious illness

The famous singer, Adele, is experiencing a bitter moment in her life. She lost ...

Great pain! The famous Albanian actress in mourning, after her father, loses another man very dear to her

Famous actress Lisa Kujofsa has lost a dear person, her little sister! In a st...