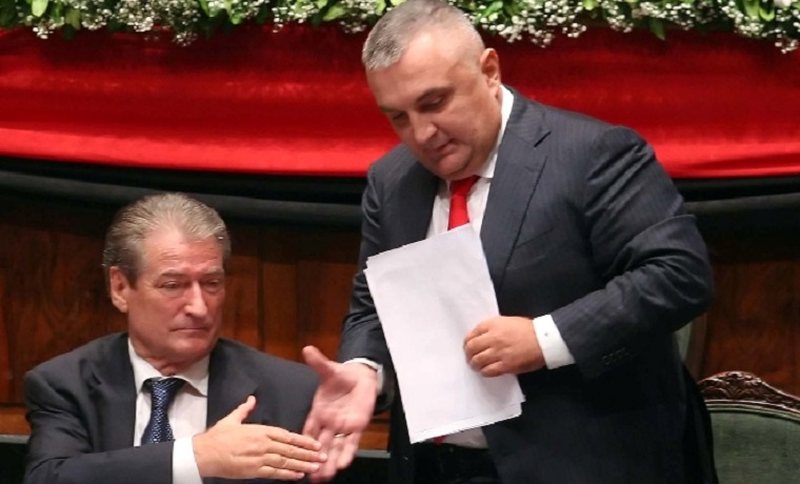 MP Myslim Murrisi has brought back the strong clash between Ilir Meta and Sali Berisha in Parliament.

According to Murriz, this moment is a response to any scum that is outraged by his vote in favor of ousting the president.

"This VD is a memory and a response to every scum that appears as a democratic mind in the TV studio and a reality of the parliamentary battle 2013-2017 of the opposition, with the majority of the alliance of the filth of the lazy bay

It is a spit in the face of every caterpillar today, without morals, without dignity, without character, which pretends to be indignant at my PRO vote for the dismissal of Meta, who did not resign when Berisha asked for it ", writes Murrizi while publishing the video on social networks.