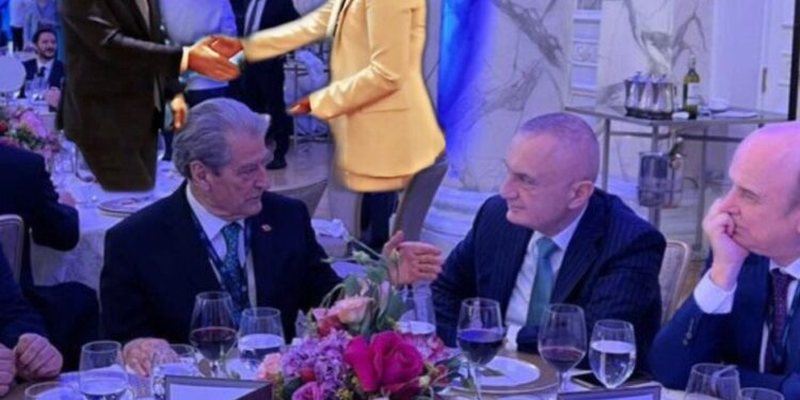 It has long been rumored in the political corridors that Ilir Meta will be a candidate for the Municipality of Tirana in the local elections that are expected to be held next year. Meta himself has not yet made a confirmation of this as he is expected to leave the office of head of state in less than a month and join the opposition.

A cooperation agreement between Meta and Berisha was also confirmed by the latter in an interview he gave on the show "Opinion".

"There will absolutely be a full reconciliation. It does not matter if there is an agreement. "There will be a full coordination on the Front for the Salvation of Albania with Ilir Meta and whoever will join this front", said Berisha who was also asked about the meeting they had in Baku, Azerbaijan a few days ago.

"Of course we discussed politics. We did not talk about non-political issues there. "There was another table, without discussion we talked about the country's problems", said Berisha.

Asked about the rumors that Meta will be an opposition candidate for the municipality of Tirana, Berisha said that the DP will select the primary candidates.

"We have a primary system that we will not give up. Will decide the primary. The time that Berisha supports this or that is over. Berisha will support any candidate who wins in the primary. We have not discussed anything about alliances, I can not say that the DP does not compete in Tirana "- said Berisha.