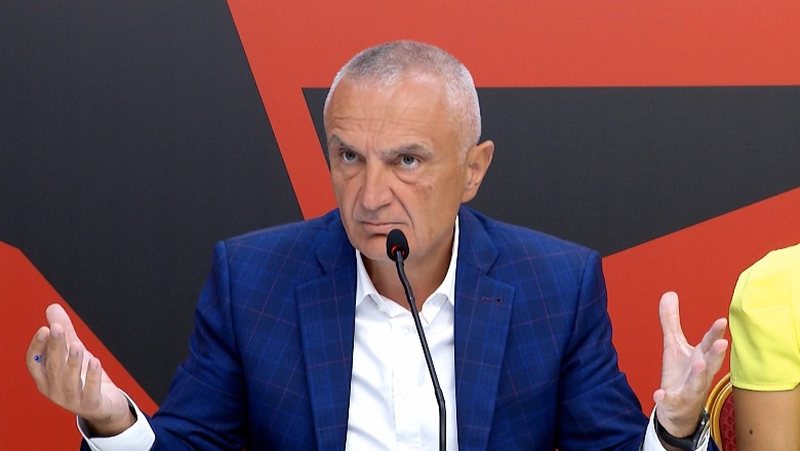 Former president Ilir Meta has made strong accusations against the government for the project of the Port of Durrës. The head of the Freedom Party has threatened Prime Minister Rama that he will soon be accountable to justice. Meta says that the future of young people is being held hostage by Rama. "Departure and flight without return of the enemy of their future, the robber of billions of euros of Albanians and the traitor of our national interests. The enemy of Freedom, Legality and Youth will give an account very soon before Justice and the people for all the colossal damage he has done to the country", writes Ilir Meta. He has considered the project as a mega affair worth several billion euros. Meta said that only full transparency can calm this situation, otherwise Edi Rama has done the calculations badly, Meta said. According to him, this is an affair 10 times bigger than the incinerators, Rama's adventure that will have great consequences for the country. hostage the country, makes a big mistake to get involved in this extraordinary affair that can be worth 10 times heavier than the incinerators. Gone are the days when the affairs of Albania and Albanians were judged by officials and bureaucrats who have never read the Stabilization and Association Agreement. So only the path of quick and immediate transparency can calm this situation, otherwise he has miscalculated the consequences of this new adventure", said Meta. The leader of the Freedom Party, Ilir Meta, claimed that the Rama government's only aim is to remove Albanians from the country and bring in foreign citizens.

Goal: To clarify the corruption affair

Meanwhile, the head of the Freedom Party, Ilir Meta, has raised accusations against the government for the port of Durrës, while he said that the corruption affair should be clarified. He emphasized that several questions have been sent to the government and I must give answers within the specified period. It will no longer be the property of the Albanian state. It is important to make it as clear as possible what will be the benefits of the economy and the investments of this concession, what are the legal, economic, financial data, LSI and now the Freedom Party through Petri Vasili has asked the Ministry of "Infrastructure and Prime Minister Edi Rama to give answers within the deadlines to some questions", he said. Meanwhile, we remember that, the cooperation memorandum for the construction of the Port of Durrës was signed on August 11 in the presence of Prime Minister Edi Rama and the world-famous developer Muhammed El Alabbar. The investment for the construction of this port is 2 billion dollars, while Rama said that it will bring an economic and touristic development not only for the Durrës area, but for the whole country. Investor and developer Muhammed El Alabbar guaranteed that the investment will be of great proportions. The project also includes the construction of the Dry Port, which will lead to the construction of the railway connecting Durrës with Pristina, which is expected to have a terminal, where 100 thousand containers will be processed until 2050.