Indrit Hoxha warns of Lulzim Basha's departure: I will tell you who can take over the leadership of the Democratic Party. 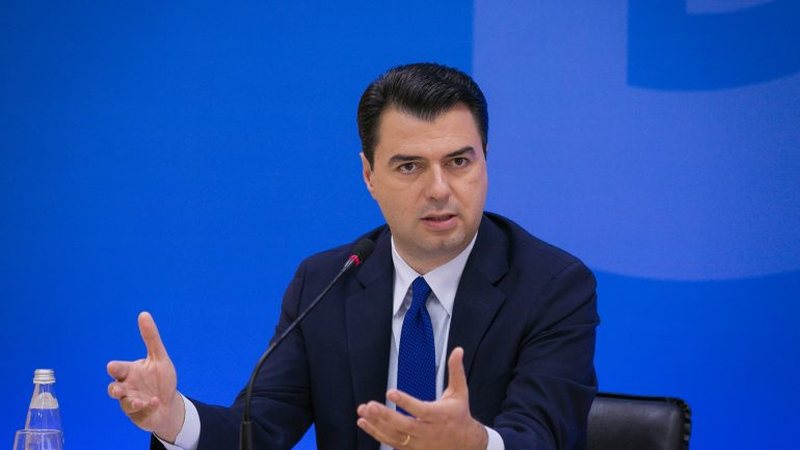 The Secretary of Human Resources at FRPD, Indrit Hoxha, said that with the move he announced two days ago, former Prime Minister Sali Berisha intends to restore ties with the base. He considers the expulsion of Berisha illegal. Hoxha does not rule out Berisha's return to the helm of the Democratic Party.

The FRPD-initiated referendum on Hoxha is fair and well thought out.

"DP was founded by young people. It is a party that carries the values ??of the Albanian youth. Dignity and values ??must be returned to this party. There can be no personal decisions. The exemption is personal and in violation of the statute. It is not the first time. Even before the elections, Basha violated it. We had the resignation of the deputy chairman of the forum for violating the statute. The battle that Basha was saying after that was to exclude Berisha. Rama's advice, Basha decided to listen. We come to today. The forum is attached to Berisha. This can not be treated as the case of Tom Doshi. Why did Basha cross the red lines for violating the mandates? If the forums say that Berisha should leave, this is a decision that must be accepted. The DP has lost contact with the base for 8 years. Berisha is doing this, he is returning to the base. We are waiting for the answer, but I know to say that one third of the delegates of the Assembly must gather. "It takes a third of the delegates (7700)", he said for MCN TV.

"Why does this happen, why does a young boy raise his hand and kill a policeman?", Reacts harshly Sander Lleshaj: We see young people pulling guns on Facebook! Journalists should not ...

The police officer was killed on duty, reacts Saimir Tahiri

MP warns of "earthquake" within the DP: We risk disruption

Developments in PD, Nishani: I joined Berisha's "Foltores" only for these reasons

Fatbardh Kadilli presents the new movement within the DP, Astrit Patozi opposes: The DP does not want new ideas, but ...

Will he be present in the next rostrum of Sali Berisha in the region of Durrës? Agron Duke cuts short answers

Murder of a police officer in Lezha, Lindita Nikolla reacts: The family lost her beloved man

Another former MP 'betrays' Lulzim Basha: I supported him until the moment he expelled Berisha

He called him a godfather, Nikolla talks about his relationship with Berisha and the opposition

No deputy was elected, Ervin Bushati takes the important post