Former Ambassador Arvizu reveals who he was talking to on the phone at the time of the Boulevard killings: The door was broken. I heard gunshots when ... 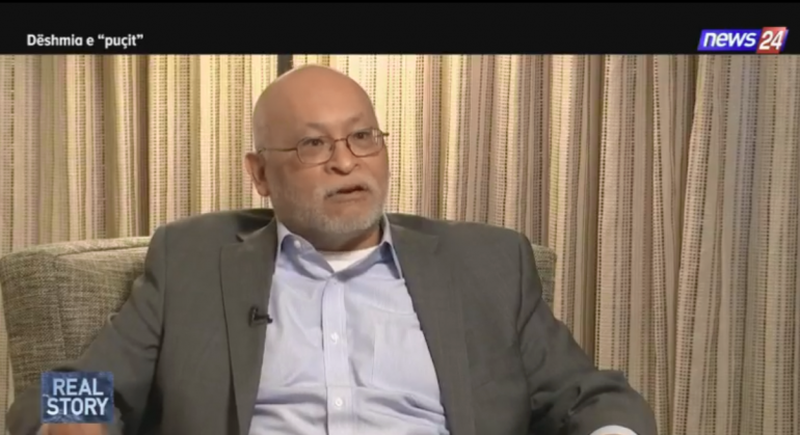 The US Ambassador, Alexander Arvizu stated that during the moment when the armed attack on the Boulevard took place, in front of the Prime Minister's Office, on January 21, he was talking to the then Minister of Interior, Lulzim Basha and the Prime Minister Sali Berisha.

He told 'Real Story' on 'News24' that at that moment he heard gunshots.

"It simply came to our notice then. I was on the phone at the time talking to the then Minister of Interior, Luli Basha, as well as the Prime Minister. I do not remember if I spoke with Edi Rama, but of course I spoke with people who were close to him. I encouraged everyone to keep up and it seemed like things were calming down. And then I thought: "Now it will last and a little night, the police will stop some people…", but with the hope that everything will calm down. And exactly at this moment, I heard the shots ", said Arvizu.

"It is a tragedy"! The Albanian-American explodes with strong tones towards the Albanian leaders for the April 25 elections and shows the behind the scenes: The biggest deception!

Left the floor to Prime Minister Rama after the presentation of the important project, Minister Manastirliu suffers the unexpected incident (VIDEO)

Well-known actress Rudina Dembacaj has shared some bitter news about her. From...