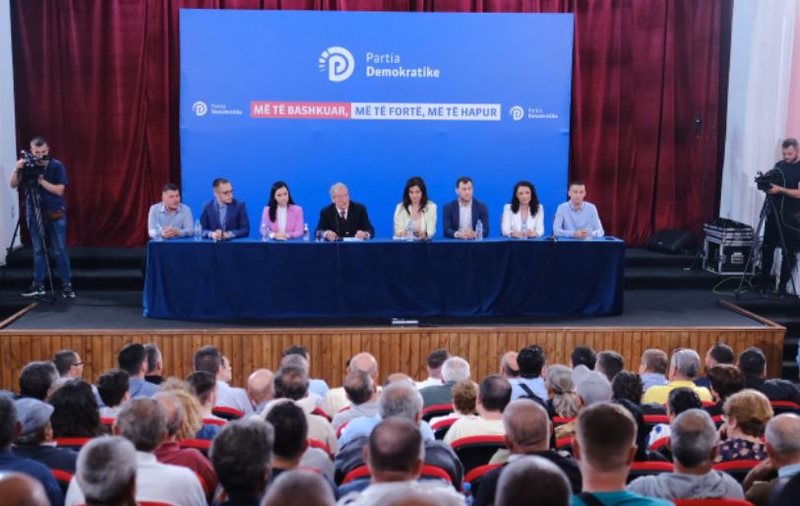 From Berat, former Prime Minister Sali Berisha attacked the former chairman of the Democratic Party, Lulzim Basha, who according to him received phone calls and messages in order not to mention the name of the opponent.

"The former mayor dropped his phone or texted him and did not dare to mention the name of the opponent in front of you. In all this despair, we were not at the height of your ideals, but again you stood. With all this, on April 25 we were 620 thousand Albanians and after that again the former president would engage on behalf of the government in illegal and anti-democratic actions in the party. You are true missionaries and idealists who rose as soon as the first sparks were given. "During these months from September until today, you overcame every obstacle, intrigue, blackmail and decided to stay for your ideals", said Berisha.

He stated that every effort was made in order to extinguish his movement, but expressed his conviction that his movement will not stop until it achieves its mission.

"What was not done to stop our movement. During our attempt to come out true in the face of a regime that does not deserve to govern even 5 days this country. Our movement is a revolution and this movement without fulfilling its mission will never stop. Missionaries are never defeated. You remained undefeated until the PD rose to its feet as a real opposition force.

But the rise of the DP was not an end in itself, no. He intended to continue the battle until the liberation of Albania. This is our biggest mission. "Our mission is to save Albania", said Berisha.

"They can't say that they don't like it, because you are in power," Danish journalist Edi Rama "closely voiced".