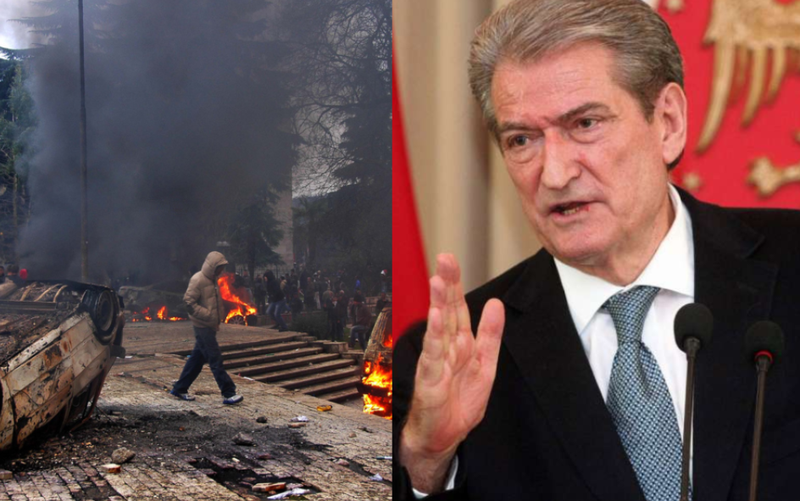 The two most sensational events, that of "Gërdec" and that of "January 21", threaten to sink former Prime Minister Sali Berisha. SPAK took over the tragedy of March 15 where 26 people were killed by the explosion in Gerdec, but the signals are that in its competence may pass January 21, 2011 where 4 people were killed. It is currently the Tirana Prosecutor's Office that has reopened the investigation into the murder of Aleks Nika and the process has remained in the expertise phase. It is learned that the prosecution has sent to a laboratory in Italy the bullet that killed Nika along with many other data where a more qualified expertise will be done. But on the other hand, the signals are that an attempt is being made to find out who the real perpetrators of the murders of 11 years ago are. According to sources, The Tirana Prosecutor's Office is expected to declare incompetence and transfer the case to the Special Prosecutor's Office, as this event may have involved senior officials of the time. Recently, the President, former Prime Minister Berisha and the leader of the Democratic Party, Lulzim Basha, have reacted by giving different versions of the event and the signals are that their testimony can be requested about what happened on the boulevard on January 21. Meanwhile, many people who were in the square that day, people who were injured, guards, police representatives, etc. are also expected to be questioned. The signals are that the former Prime Minister Sali Berisha can be called to SPAK, why not the former Minister of Interior Lulzim Basha. If this happens, then it seems that SPAK is going to uncover the two most serious events of 30 years, Gerdec and "January 21".

A year ago, the Tirana Police submitted a request to the prosecution, requesting an investigative re-examination for the murder of Hekuran Deda and Aleks Nika. Re-examination was also requested for the injuries of Fatos Mahmutaj, Sokrat Godes, Erald Boshas, ??Artes Dybeli, Ilia Qesko and Ilia Papas. According to the information, the police has requested a re-examination of the projectile found in the body of Aleks Nika, to question the persons who have knowledge of mainly former and effective members of the guard who was on duty on January 21. The letter of request also asks for the close questioning of the victims and witnesses. Nika's murder is the most mysterious of "January 21". He was initially injured and taken to Turkey, where he died. The expert report dated 5 May 2014 confirms that Nika was shot with a bullet. This projectile was also examined in the FBI laboratory "Virginia" where it is said that it came out of a rifle with 6 bullets, but the projectile could not be identified if it was fired from the barrels of the pistols sent for examination or from other barrels. The shell found on Nika's body is of 9 mm caliber, while the police say that it was fired from an Mp5 firearm. Police want to conduct film surveillance focused mainly on Ziver Veizi, Aleks Nika, Hekuran Deda and the injured. According to the request letter, it is requested through a letter from the IPS whether or not there is a laboratory for forensic examination in EU countries to examine the shell found in the body of Alex Nika. His case was separated from other murders and investigations continued until a year ago when they were suspended.

"The future of the Albanian nation in danger", Berisha from Berat: Open Balkans Serbian project to counterbalance non-integration

Bora Zemani has returned to the center of media attention after appearing in p...