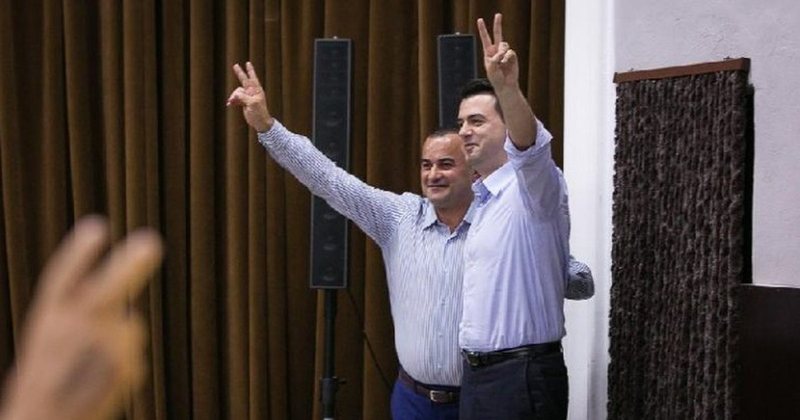 The former chairman of the Democratic Party, Lulzim Basha, has been on the ground for about a week, organizing meetings with those that his group, which includes MP Enkelejd Alibeaj, consider to be DP structures.

Despite Basha's enthusiasm to spoil Berisha's work, it seems that the chairman, who resigned after several consecutive losses in the elections, has also been contested by the close circle of supporters he still maintains at the base of the DP.

In a meeting with DP members in the southern regions of the country, which Basha organized in Berat, the former chief democrat was confronted with the "outbursts" of those who until recently appeared in the media as his supporters and close friends .

As reported by the media, the former mayor of Mallakastra, Agron Kapllanaj, hit Basha in the face with the fact that he led PD to failures with serious consequences.

Kapllanaj also asked Basha not to return to the head of the DP, as he knows only defeats, while he also asked for clarification on why the former president participates in these meetings with the democrats when he himself withdrew.

Ilir Meta: Edi Rama ordered the 'assassination' against Berisha through a well-organized action, there was a risk of an escalation of violence, the opposition avoided it

"Brutal attack, the broadcasted footage is sad"/ Topalli revolts after the rape of Berisha

"If it was Azemi, Basha wouldn't have joined the DP", Patozi caught up with Rudina Hajdari: You wouldn't be there either!

"You have to accept that the devil took it"/Bad crack in the studio, Shabani collides with Topalli: You laid the carpet for Rama with the changes of 2008