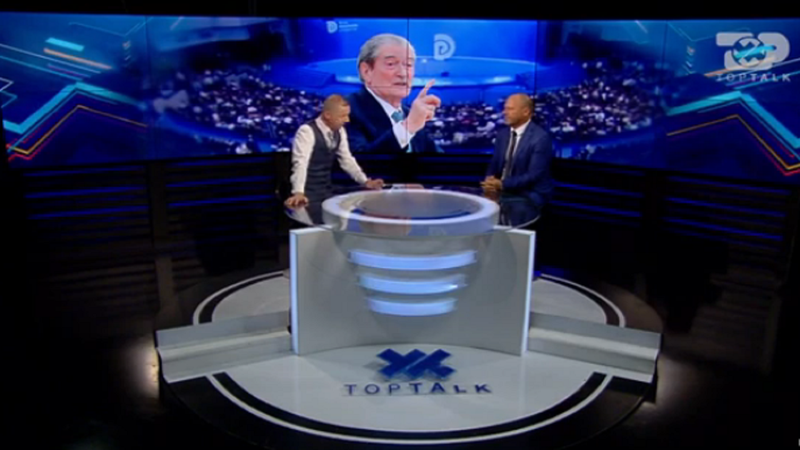 Sali Berisha expects thousands of democrats and ordinary citizens to gather in the square tomorrow afternoon, in the protest he has called against the government.

In an interview for the show "Top Talk", Mziu said that he will be in the square as a democrat and will protest there against the government led by Edi Rama:

"I can call this protest a challenge that Berisha makes in his personal aspect, but what makes me go, the first thing is that those who participate are democrats. Secondly, a situation has been created in which not only the democrats, but also the socialists, should go out and protest. I don't go for any individual, but I go with my heart for the citizens, who are in the most critical situation because of the prices".

But will Berisha use the participation of all deputies as support for him?

"This is also an opportunity for Berisha to play politically, but I say that the deputies have extraordinary integrity, and most of my colleagues, including me, have shown this, not imposing themselves to become a party. Secondly, we were the ones who, in a way, forced Lulzim Basha to resign. Which means that everyone has the weight of the vote they received from the citizens", answers the democrat.

Most of the Parliamentary Group of the Democratic Party, according to Mziu, is committed to preventing further division in the party.

"I and the majority of the DP Parliamentary Group are committed not to become parties, because the DP should be bigger than it is, not divided into two pieces. So, I and most Democrats are inclined to have a united opposition, to have a competitive opposition. Even the socialists themselves ask for such a thing. The country needs a strong opposition and I hope that day is not far away. First, the unification of the DP should happen and then to go beyond the DP and why not, to overthrow this system".

Meanwhile, the Court of Appeal has not yet come out with a final decision on who the stamp and representation of the largest opposition party in the country belongs to.

If the Court of Appeal recognizes the Alibeajt group as the official and legitimate representative of the Democratic Party, which appealed the decision of the first instance, Berisha has said that he will not recognize such a decision. What happens in DP, according to the deputy?

"And in the meeting that we have organized, I blame, as I can justify, both sides. I would like it not to go to further fragmentation. If the court's decision were to come out differently, it would give further impetus to the division", says Xhelal Mziu.