Jorida Tabaku: DP's priority is to restore confidence in the elections, democracy will not be violated anymore 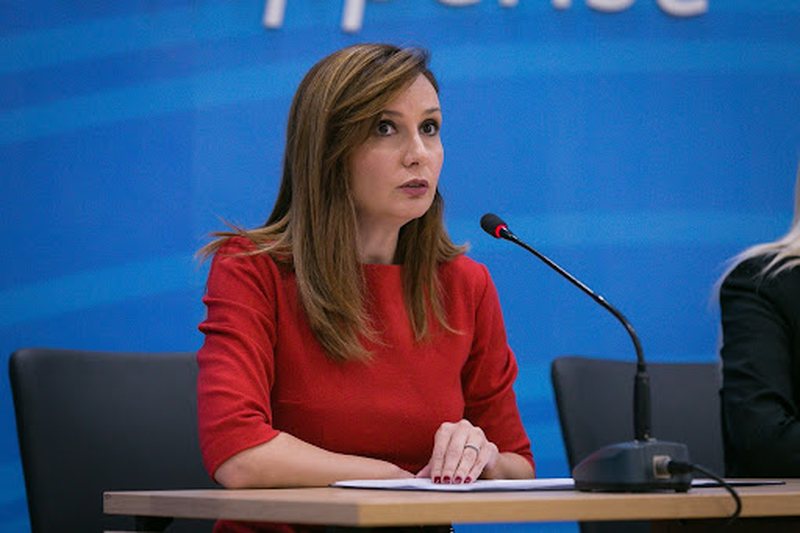 Democratic Party MP, Jorida Tabaku yesterday in a TV appearance spoke about constitutional changes and amendments introduced by the DP. Tabaku said that territorial and electoral reforms should be completed, as he said that the PD amendments pave the way for a discussion on these topics. According to her, the main priority of the DP is to restore confidence in the elections so that democracy is no longer violated. "The changes are not only constitutional. We presented what our priorities are, complete electoral reform so as not to discuss how the rules of the game are changed in favor of one party. For me it is unacceptable to have as a recommendation of the OSCE that the vote should be secret, we have the issue of patronage. Without completing the electoral reform we can not proceed with another election. This is accompanied by a territorial reform. The Constitution is a document that is amended by broad agreement. Our amendments are no surprise. They pave the way for a discussion on these topics. All the reforms that have been taken unilaterally are short-term as they lack sustainability. "The priorities of the Democratic Party are clear on how to restore confidence in the elections and not to violate democracy," she said. The MP also focused on integration and said that our country has a series of problems. According to her, integration in the government's agenda is very low and this must change and move to action. "We have a growth focused on the integration process and there is nothing new. Negotiations should be opened to Albania, but we must be honest and say that our situation is different from other countries as we have problems with elections, corruption, with the media. I believe it gives a realistic picture of what citizens are experiencing today. It is a geostrategic perspective on why Albania should start negotiations. The report says Integration is too low on the government's agenda. "We have to move from political rhetoric to action," she said.