'You know them, they are uncorrupt persons!', Jozefina Topalli presents the list of 10 candidates for April 25 in Tirana 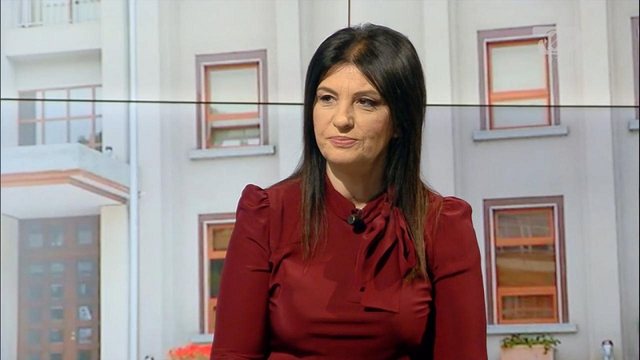 Jozefina Topalli, the chairwoman of the "Movement for Change" has presented today the 10 candidates of Tirana who will run for the April 25 elections.

In the show "Open", Topalli said that the political elite has been killed in Albania, but has chosen names that he thinks will make this country better and are uncorrupted.

"In general, I would say that they are not politicians, they have not been active in politics but they are well-known names in academic life, they are professors, doctors, professors or young people. They are a mix of intellectuals contributing to academic life and others who have studied abroad.

I think you know them. In Albania they have killed the political elite. You can invest and I do not know how many of them will make this country better because that is the purpose of politics. I got into politics when I was young. The opposition makes you grow and I think they are given the opportunity and I encourage and support them to create a new, uncorrupted political class. At least we should start with non-corrupt, honest people who have the highest titles of academic life ", said Topalli.

In the list of Tirana will also be Jozefina Topalli, who has decided not to leave Shkodra either, the area that historically gave her the mandate of deputy, when she was in the DP, while she is also considering Lezha and Durrës as options.

The race of April 25, Kryemadhi surprises with the statement for the prime minister: It deprives Edi Rama of the right to…

The race in front of Taulant Ballës in Elbasan, Gazment Bardhi reveals how many mandates the PD aims for in this region

He was on an official visit to Brussels, Rama returns and gives the good news from Rinas (VIDEO)

"Whoever steals a vote, on April 25 I will cut off his hand, starting from Monika and onwards", Petrit Vasili comments on the strong statements of Ilir Meta

They were scheduled to arrive today, but were canceled, the Ministry of Health comes out with another important announcement about Pfizer vaccines

Will he be part of the race with the SP in the April 25 elections? Here is how Sander Lleshaj answers

President Erdogan sent him a letter, the first reaction comes from Albin Kurti

"It has caused great dramas in the history of Albania", Sander Lleshaj comes out with a strong message for the opposition

Kisses with hands and hugs, President Meta makes unusual gesture at the end of the show (VIDEO)

Today's agreement PD-LSI, Baton Haxhiu reveals the scenarios and says with conviction: Here is who comes out the first party after April 25!

'Only the referendum on April 25 opens the negotiations', Meta raises his voice to the journalist: Elections are everything, whoever sells the vote as a sheep or as a cow, has no right to…

Agreement with the SMI, Basha posts his photo with the Prime Minister and gives the coded message to Rama