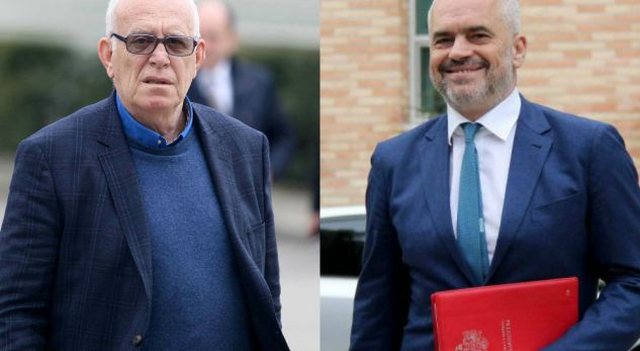 Spartak Braho said that the Kardhiq-Delvinë road is a corrupt affair, in which the Minister of Infrastructure, Belinda Balluku, is also involved.

In an interview with News24, he accused Prime Minister Rama, saying that he is a megalomaniac who wants to create what is called "Rama's wind".

Braho: That path started when Olldashi was minister. It is in the context of corrupt affairs where the minister is involved. Balluku is part of Rama's political oligarchy, with him he gives and takes, with him he chooses who he wants, to create what is called Rama's wind. Rama is a megalomaniac, he got it into his head that things happen to big people. If Rama has the army, he starts the war in the Balkans, but there is no reason. It wants to be remembered as the period of Rama, it is irresistible.

As long as he comes out and condemns journalists in vain, what does he have to do with journalists.

Economic oligarchy concentrated in 10-15 people. Let it publish the list of strategic investors. I have seen the list. It is to put the hands on the head.

They have created an ATM, where the director of KESH, Vangjush Dako, etc. is hiding. The problem is complex, the dissatisfaction of ordinary people... how not to get angry. The Ministry of Health bought a double bed. What do you love him for? Rama has ridden the donkey backwards and behind them are the sonco pancos.