"It has gone into a terrible situation"/ Aleksandër Biberaj strong debate in the PD Council: This government cannot be overthrown with press conferences, political action is needed 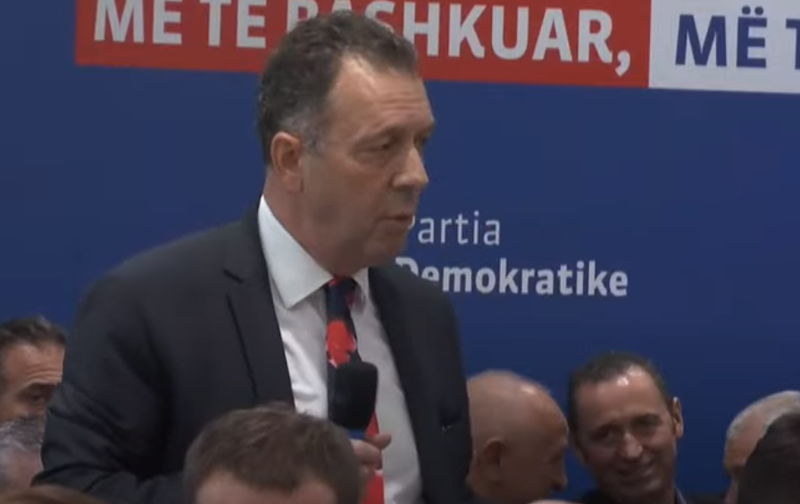 The member of the National Council of the Democratic Party, Aleksandër Biberaj, in his speech at the meeting, said that political action is needed and that this government must be overthrown at all costs.

Biberaj added that Rama and his gang cannot be overthrown with press conferences, but that a clear agenda is needed for protests and other actions that will be undertaken.

With the criminal groups, the time has come that they no longer need to be denounced, there is no Albanian who knows what he is like.

Rama is not overthrown with press conferences. The SP turned it into a Rilindja sect and has done the same for Albania and does not allow free voting.

The situation is much more heated than here, it has gone to a terrible situation. I don't have a choice. I remember Durrës that on the day of voting, voters went to the PS office, took the envelope and then voted.

You don't go to elections with Rama and his gang. We must bring him down by all means. This is the darkest figure that Albania has produced", he said.

He added that the battle should start as soon as possible and that everything will be done to coordinate this activity with all the important factors of the Front for the Salvation of Albania, with the trade unions and with other political forces.

"I reiterate that the DP's activity is and must necessarily be multifaceted. Concentrating with all its potential on the organization, on the activities related to the primaries, it is and will remain, its main task is the organization of powerful peaceful revolts and at the earliest possible time.

It has not been given up, nor will it be given up. On the contrary, we are working and will work with intensity.
Everything will be done to coordinate this activity with all the important factors of the Front for the Salvation of Albania, with the trade unions, with other political forces.
There is no change in the opinion that this battle should start as soon as possible", said Berisha.