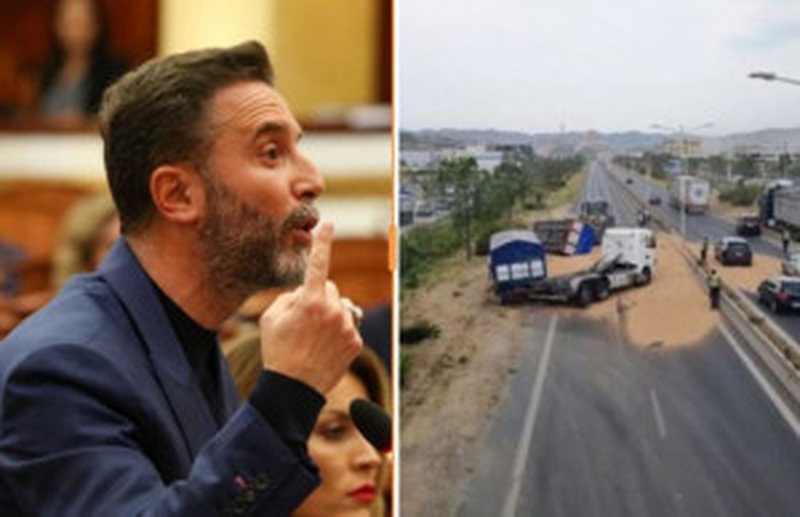 The deputy of the Socialist Party, Erion Braçe, has reacted harshly through a post on 'Facebook', to the trailer with wheat that overturned on the Tirana-Durres highway, after many cars stepped on the spilled wheat. Brace says that it is ugly to trample on bread.

Brace considers it unfortunate that the trailer with part of the grain that came from Ukraine fell on the road.

"It is wheat, wheat for bread. Gentlemen of the police, cars do not pass over wheat, not even you yourself with your feet on wheat! It's ugly! The truck apparently left the port where the ship brought the wheat from Ukraine! Unlucky! But not up to here", Braçe writes on Facebook.

After the trailer crashed on the road, the police immediately went to the scene to make it possible to ease the flow of cars as heavy traffic was created for kilometers. But the fact that they stepped on the wheat and allowed vehicles to pass before the large amount that had spread on the highway was collected, has made Erion Braçe not tolerate this action and reacts with harsh tones.

Lulzim Basha is one step closer to returning to the head of the Democratic Party, here is the bitter surprise that is being prepared for Sali Berisha