"We have 3 scenarios", Minister Manastirliu gives fantastic news for Albanians 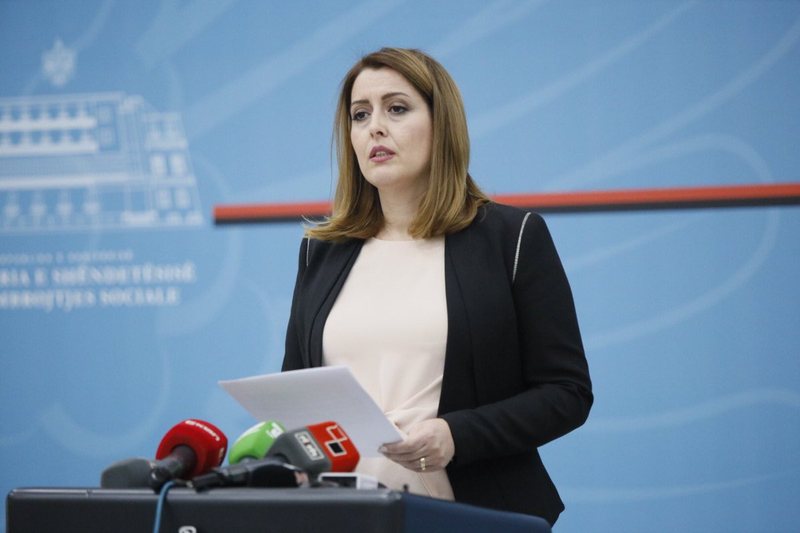 The Minister of Health, Ogerta Manastirliu has stated that over 10 thousand doses of anti-covid vaccine will arrive within January, in February 30 thousand and then Pfizer will start in July with the deliveries, for the third package.

Manastirliu said that so far the vaccination of 800 thousand citizens has been provided through contracting.

The minister further noted that the government has three vaccination scenarios, the first 14 months, the second 18 and the worst case scenario 24 months.

Manastirliu: There are 500 thousand doses contracted through the Pfizer contract. 10,750 will come within January, 30 thousand in February and the series of doses according to the calendar in the coming months. 1 million of 140 thousand doses through will come from Covax who have a delivery calendar, which is expected to start in February, through Pfizer doses. Albania has prepaid 4 million euros for Covax.

We start in February, March, April and May and Covax starts, which is negotiating with all the other companies that produce the vaccine. So far we have provided vaccination for 800 thousand citizens. Covax and Pfizer are the first two contracts, while we expect to enter into contracts with astra / zeneca and modern. Vaccine safety is paramount. EMA authorizes the use, and licensed by the WHO for widespread use in the population.

We make plans and we have scenarios. We have 3 scenarios, the most ambitious is the vaccination of the population in 14 months, the second scenario 18 months and the third scenario 24 months. In the first 6 months we want to vaccinate doctors and nurses, 250 and a few thousand over 75 years old and the first will be vaccinated those over 80 years old. Pfizer has assured us that we will not have delays as long as we have ordered. After 30,000 vaccines in February, the third package is in July.

At our maximum we have from 4-12 thousand vaccinations per day. There are 550 vaccinators and 550 auxiliary vaccinators. We are making vaccines scarce these days because it is part of a structured work process, we must see the reaction, the side effects if there will be.