"We have seen two different worlds", Rama on the 30th anniversary of UNDP: Ants doing the work of an elephant 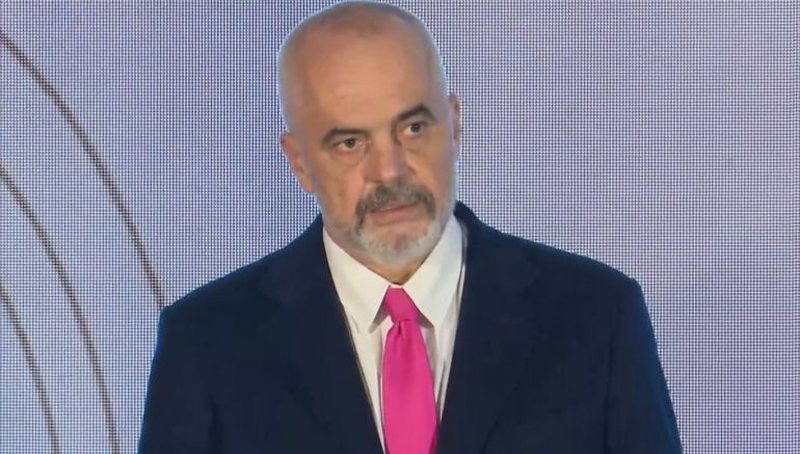 At the ceremony of the 30th anniversary of the United Nations Development Program in Albania (UNDP), Prime Minister Edi Rama stated that this program has been present in the most important and critical stages of the country.

During his speech, Rama said that in these 30 years many projects have been implemented from this cooperation, adding that this program has been supportive for Albania in terms of democracy, human and social.

"They gave me a very long speech, I will try to speak in a concise way. Albania joined the United Nations in December 1955, but it took 36 years to enter into a meaningful relationship with the United Nations. At that time the only goal was to give as much oxygen as possible to the country in a moment of dramatic change that along with freedom had brought a mountain of challenges. It is truly unimaginable that in the span of a lifetime we have been fortunate to see two worlds so different from each other. We are in the span of a lifetime non-permanent members of the United Nations Security Council.

In these 30 years many things have been done from this cooperation. What is impressive is the fact that the program has been present in all the most critical moments of this process of transforming the country from a totally closed dictatorship to a democracy under construction. The program was present with the opening of the first public school of administration, or even at the time of the great riots of 1997. Thanks to the program we had the opportunity to interact with an organization which has more than money value knowledge and ability to transfer knowledge in function of organization. An entire society has had to enter the real course against illiteracy, and here I believe the program has a hand that is memorable. He was present in the period of the historical turn of Tirana, where after 11 years of unimaginable chaos and urban deformation, and lack of law and order, we embarked on a new path trying to give the city back to the people, to give the sense of public space as an intermediate space between private properties of people. We had the opportunity to work with an organization that has more than money knowledge and knowledge transfer. "We had to learn these things like children in the primer, case by case", said Rama.

Focusing on the challenges that the country has faced such as the earthquake or the pandemic, Rama said that the program has been present in every challenge, emphasizing that its presence will continue in the future.

"I believe that the program remains a factor of special importance in the life of our country, society, politics in the way of implementing their decision. I have not had any love story with UNDP, but in this case it is not out of place to count the things done even though I mentioned very little. When I was going through the to-do list, I had the feeling of an ant, the program is an ant in relation to elephants who for the first time are not here to take the floor. I believe that the program deserves respect and gratitude ", Rama further said.