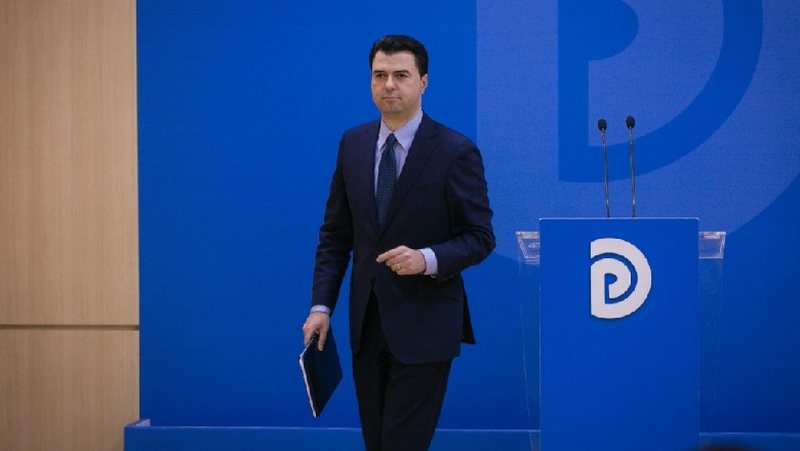 I have always said that the reaction of the "Group for PD" was hasty. In the conditions we are in, in the face of an electoral massacre, to demand Basha's resignation in order to avoid attention from what happened on April 25, brings water to Edi Rama and not a development within the DP. The DP has a statute and I judge that in due time anyone can have the say. Those seeking resignation have been part of the decision-making and have raised their hand for every decision. Decisions are made under discussion. "All the steps have been discussed, no one has had any objections to any of the names on the list."

Vokshi emphasizes that these statements are made by people who are part of the DP, but have not made any contribution to the campaign. It rules out divisions within the DP and advises them not to hold public trials, but to follow the statutory path.

"I would like to have all of them in the campaign, to have contributed with me. The fact that I have not seen any of them and when you do not participate in the campaign and do not become part of the citizens and their will for change how can you request the resignation of the mayor when it is the best result and when there is a procedure. What I want to advise the "Group for PD" is that no public trials should be held now, but to call the statute and follow the statutory path. There is no disruption within the DP. It is a group that claims that I judge the statutory paths to be followed. "The DP is democratic in essence and a constructive debate is appropriate, but to be done respecting the statute."

Asked if she will be represented in parliament, Vokshi said that this has not been decided yet, but stressed that they will use any institutional space.

"The first has not been decided, it is a decision that will be taken in the coming days and will be the will of 672 thousand voters. We will not abandon the citizens. "90% of Albanians wanted change and voted for change."

She accused SPAK of not reacting in time to stop the electoral massacre as she described it. Vokshi stressed that the DP will use institutional space against the SPAK and the Prosecution.

"We have gang representatives sitting in the Assembly and until today justice has not yet said its word. If there was justice, April 25 would not be an electoral massacre. If the SPAK had functioned, the use of the financial and human resources of the administration would not have been allowed. We have a "party-state" that bought votes with our taxes. The SP campaign was conducted in total illegality. I have filed criminal charges with the SPAK for many officials involved in electoral crimes, I have asked the SPAK for an immediate investigation, if the SPAK had reacted in a timely manner we would not have had this massacre. Rama, Veliaj, Manja and Lame should have been brought to justice today. The DP is an institution and follows every legal step. Even against SPAK and the prosecution we will use every space, we will be there to exhaust every space ".

As for rumors of a possible agreement between Rama and Basha, Vokshi stressed that the prime minister has consistently violated every agreement and his invitation for co-operation is to draw attention to the April 25 electoral massacre, she added.

"Rama has proved that he is the enemy of the agreements, he is the only prime minister who has violated every political agreement he has signed and consistently Rama's outstretched hand for an agreement is an alibi to divert attention from the April 25 electoral massacre. "The only negotiation is to uncover the electoral massacre, until it is clarified that there is no agreement with Rama."

"On April 25, they had an electoral massacre, Rama proved that he is the biggest enemy of free and fair elections in Albania. The DP will go to the end, using every space for the restoration of democracy in Albania. We are waging the legal battle and we are a mission to overthrow this regime. "Expectations are not very high because it is the KAS that decided on the ballot paper that led to the deviation of the will of the voters."