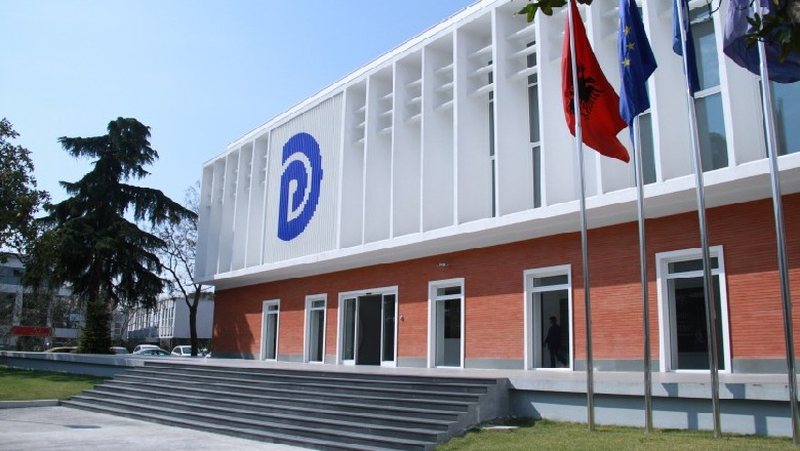 The member of the presidency of the Democratic Party, Arben Ristani, has denounced the project of the Port of Durrës, calling it a mega-affair of the Rama government.

Ristani said in a statement from the blue headquarters that it was initially presented as an investment of the United Emirates, while according to him two companies were then presented that are supposed to be behind it.

"We also call on citizens not to buy a centimeter in this space.

This is a personal affair of Rama and his clan. A Scot who for 9 years has been treating public assets, from Tirana to Breg and from Butrinti to Durrës, as the family's private garden", said Ristani.

Edi Rama has returned to the mega-affair of the Port of Durrës project, proving that no one can stop his hand in the vice of theft.

The Megafair of the port of Durrës has gone through three phases:

At first it was presented as a strategic investment of the famous company from the United Arab Emirates, "Emmar".

Then, there was talk of a withdrawal of Emaar and, in the end, another company was presented, this time offshore, of the Arab Muhammed el Alabbar.

The only strategic thing about this investment is the strategy of extortion of public assets and theft, with a knife and a machete, of the real estate of the Republic of Albania.

The Port of Durrës is a project beyond any procedure and beyond any international standard.

The fact is, that about 1 million square meters are given to an investor who is expected to invest 2 billion dollars, when the value of the land alone is almost double.

The other fact is that the relocation of the country's largest port is planned, a move with not only economic but also security implications.

The inevitable fact is that a country in membership negotiations like Albania must codify the decisions with the EU structures.

We call on the company, be it online or offshore, to withdraw from this abusive and corrupt project.

Governments of a country are temporary, while strategic interests, public property, national interest are eternal.

We also call on citizens not to buy a centimeter in this space.

This is a personal affair of Rama and his clan. A Scot who for 9 years has been treating public assets, from Tirana to Breg and from Butrinti to Durrës, as the family's private garden.

The Port of Durres is a public asset, a national asset, the property of the Albanian state and the citizens of Durres, not of the ruling Kardashians.